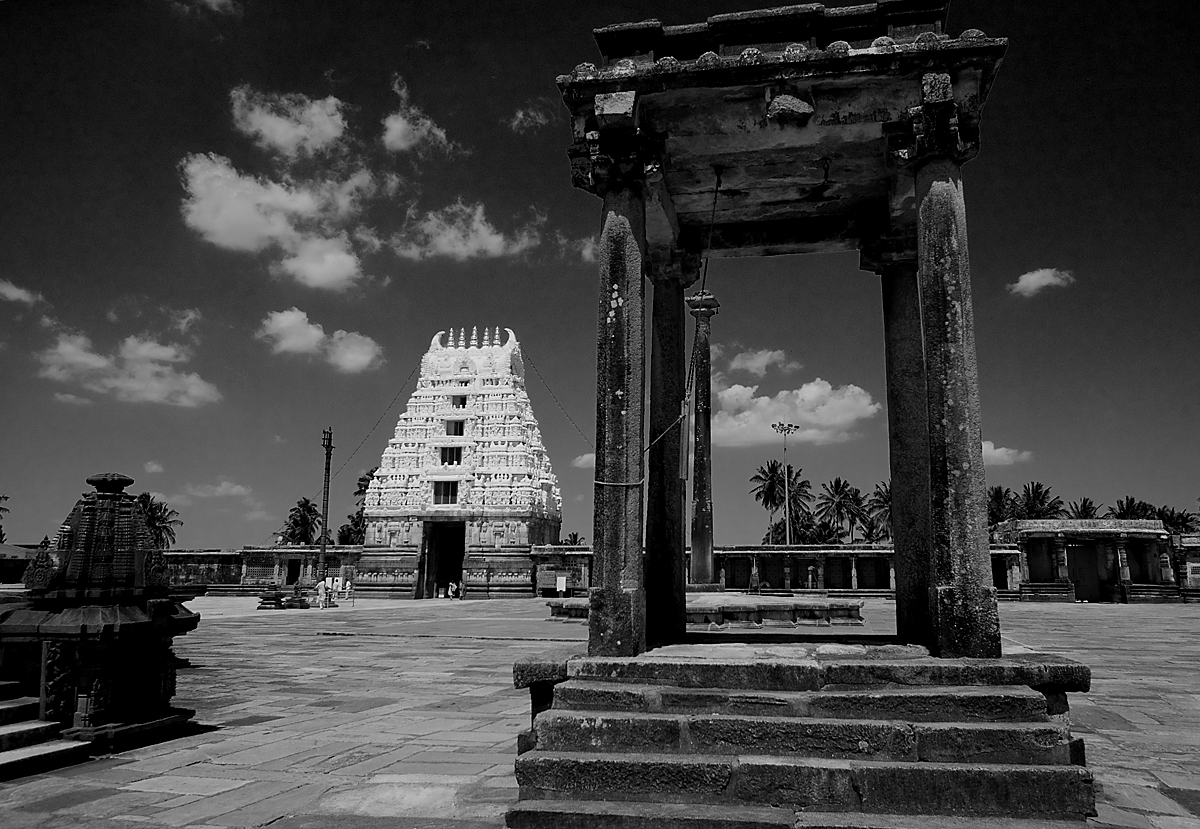 It was one of those long weekends. We were listening to ‘The Doors’ on that Thursday evening. Roadhouse blues came up, and then someone bemoaned how we haven’t been out on the road in a while. Next thing we know we had already planned an impromptu road trip.

The plan was to leave next day early in the morning and take off to Shravanabelagola, Halebidu and Belur, followed by a day at Chikamagalur. The photography enthusiasts among us were overjoyed, no surprises there. We decided to leave Bangalore city before daybreak, which we managed to do, defying all laws of slackness and inertia.

By the time we were on the road, it was about 5.00 a.m. The roads were not exactly deserted, what with it being the long weekend and a lot of people had the same brilliant idea as us – to go on a road trip.

We reached Shravanabelagola temple at around 9.30 in the morning. It is about 150 kms from Bangalore, in Hassan district. The huge and imposing statue of Gommateshwara Bahubali is the biggest draw here. Sravanabelagola is a popular Jain pilgrimage destination and is also popular with hikers and trekkers because of Vindhyagiri and Chandragiri hills. The colossal monolithic statue, believed to be from 981 AD, is located on the summit of Vindhyagiri (or Doddabetta), but can be seen from miles afar.

Sravanabelagola is also known for Mahamastakabhisheka, a ceremony held once every 12 years that attracts thousands of devotees. The Bahubali statue is anointed and bathed with milk, sugarcane juice, turmeric, sandalwood and vermilion and offerings, including gold and silver coins are made. The grand finale is a magnificent shower of flowers from a hovering helicopter! The next celebration will happen only in 2018.

To reach the summit, we had to climb about 600 steps leading to the temple on the summit on bare foot. Quite a workout! It was a great idea to stop at regular intervals to take in the beauty of the surroundings and of course, also to catch our breath.

The temple has intricate carvings and scriptures on the rocks and is surrounded by several statues. After spending an hour or so, we descended the hill.

Chandragiri hill also has a few jain temples and tomb of Chandragupta Maurya. Several ancient inscriptions have been found at Sravanabelagola, some of it dating as far back as 10th century.

Halebidu was the capital of the Hoysala dynasty in the 12th century. The temples at both Halebidu and Belur (15 kms from Halebidu) are great examples of Hoysala style architecture. There are two temples here – Hoysaleswara and Kedareswara and are now in ruins. The architecture is truly ornate and mesmerizing. The temples are rich in sculptural details and the outside facade of the temples is also equally interesting.

Places to see in Halebidu 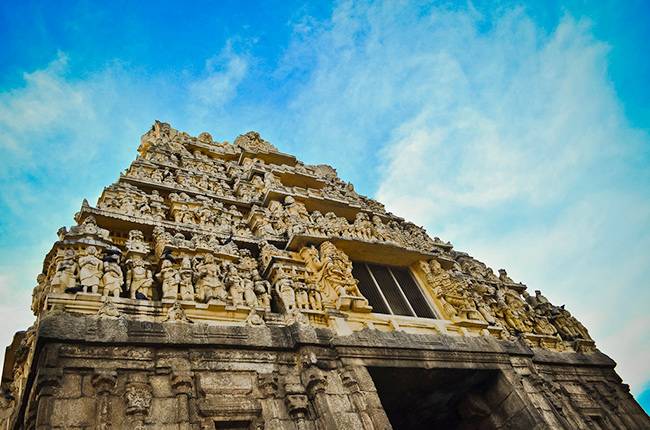 During the Hoysala rule, Halebidu was known as Dwarasamudra, which is the name of the artificial lake in front of the temples. Hoysaleswara temple is dedicated to Lord Shiva and was built during the time of King Vishnuvardhana. The temple has two shrines, one each for Hoysaleswara (King Vishnuvardhana) and another one is Shantaleswara (named after his wife Shantala Devi. The temple was attacked and ravaged by several Muslim invaders during the early 14th century. The temple’s outside facade is breathtaking, with unique sculptures running along the outer wall, intricate in detail. 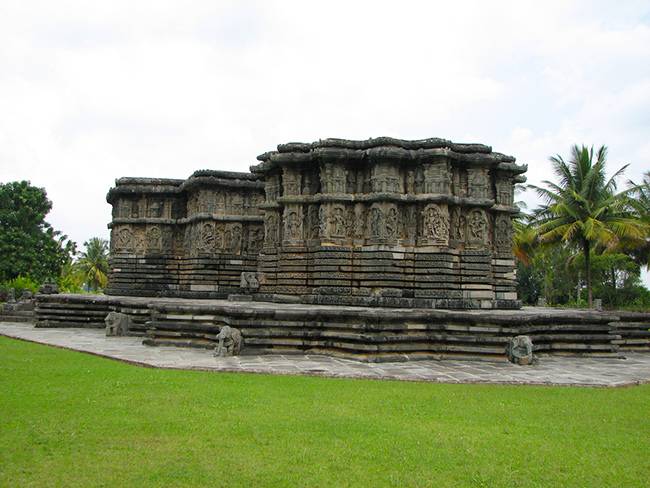 Kedareswara temple was constructed by King Veera Ballala II and his wife Ketala Devi and is also dedicated to Lord Shiva. Just like the Hoysaleswara temple, this was also constructed using soap stone and stands on a ‘jagati’ or platform that is about 5-6 feet in height, considered a unique characteristic of the Hoysala architects.

Belur is about 15 kms from Halebidu and was our final stop on this temple trail. We wanted to reach Chikamagalur by late evening and spend the night there.

Places to see in Belur 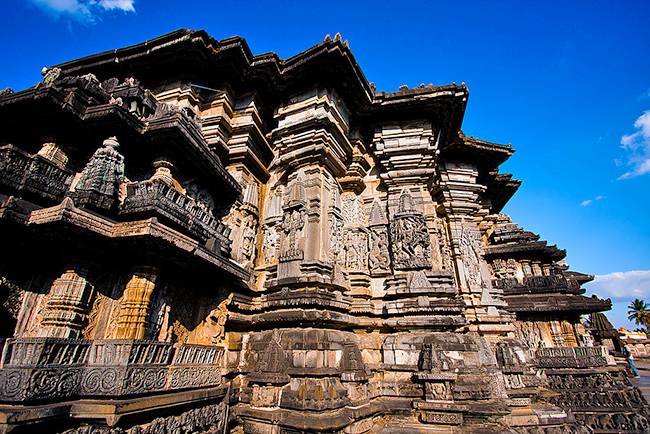 After a quick lunch, we were on our way to Belur.  The Chennakesava temple, built by King Vishnuvardhana is a marvelous temple, one of the finest examples of Hoysala architecture. This temple is dedicated to Lord Vishnu and it supposedly took 103 years to complete the structure. The facade is so detailed and intricate that it’d probably take us hours to go through everything.

Elephants, lions, dancers, horses, mythological characters, they all adorn the temple structure in different poses. The temple has symmetrical corners and there are about 42 sculptures of beautiful maidens carved on the walls. The ‘darpana sundari’ or lady with the mirror is quite popular, and so is the lady with the parrot and the huntress.

We definitely recommend hiring a guide at these temples, because a lot of these historical details are easy to miss if there’s no one to point them out. The temples at Halebidu, Belur and Sravanabelagola are proposed as UNESCO World Heritage sites.

It was a tiring day indeed, considering how none of us were prepared for this active roadtrip. We couldn’t wait to reach Chikamagalur and relax for the night. 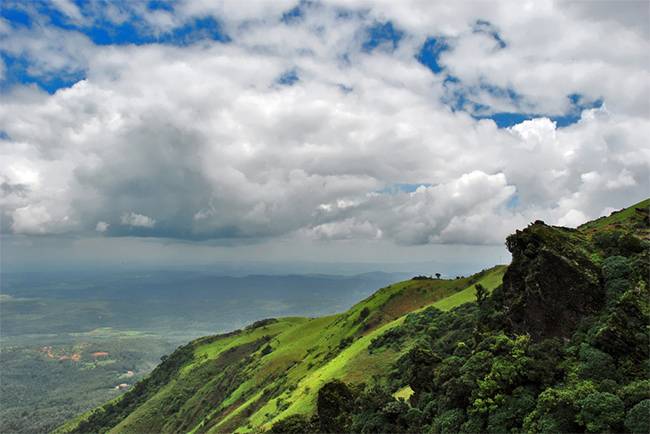 Chikamagalur is about 20 kms from Belur and 220 kms from Bangalore. Our destination next morning was Mullayanagiri, part of the Baba Budan Giri hill ranges, and the tallest mountain peak in Karnataka at 1930 mts. The road wasn’t exactly great, but the view is pretty stunning. The trek began from Sarpadhari and from there to the peak it took us about 3-4 hours. If you are not interested in trekking then vehicles do go right to the base of Mullayanagiri from where you would just need to walk the steps. The peak has a small Shiva temple and the views of the surrounding area are rewarding. Chikamagalur, famous for its coffee plantations, is not a place where you can spend half a day and accomplish anything worthwhile. However, we were running short of time and had to return to Bangalore the same evening.

On our way back, we made a promise to make another road trip soon. Maybe to Hampi and Badami next!

What are the spontaneous trips you’ve been on?

The Best Places to Trek in Karnataka

The Best Day Trips From Bangalore 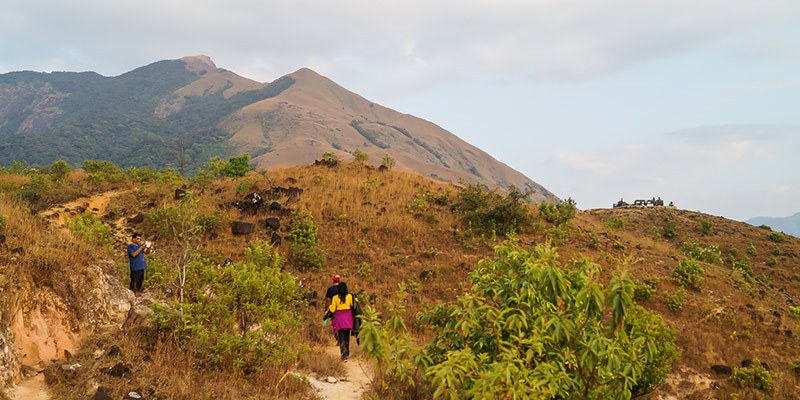 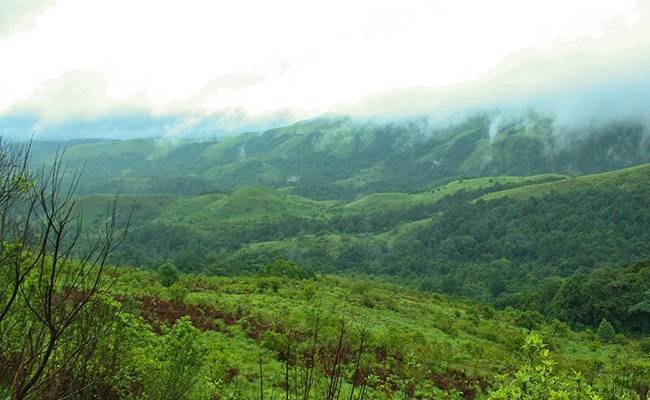 Ten Offbeat Places in Karnataka You Must Visit
Got a travel story?
Submit your article and become a contributor
View articles by
Recently added
RSS Feed