10 Best Places to Visit in Rajasthan

10 Best Places to Visit in Rajasthan

From sand dunes to palaces, Rajasthan is a bouquet of landscape and history. Also known as the “Land of Kings”, the history of Rajasthan can be traced back to the Indus Valley Civilization. Aravalli mountain range, the oldest mountain range of India passes through the land which is also home to the Thar Desert. Journey through Rajasthan is like moving through a kaleidoscope of history, culture, royalty and colours. Here are few shades of the vivid colours of Royal Rajasthan 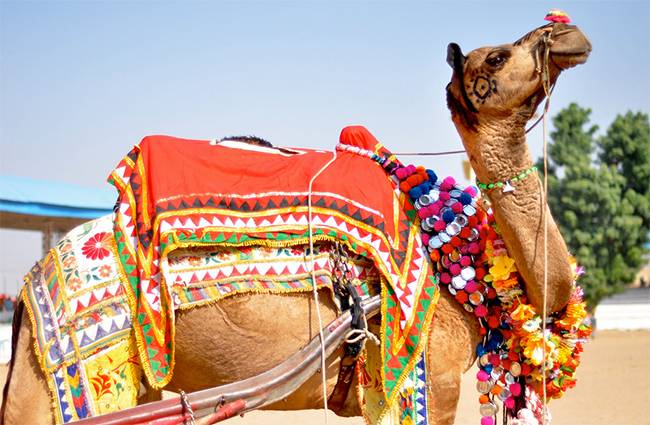 The five day annual camel and livestock fair held in Pushkar, Rajasthan is a sight to behold. Thousands of people throng the banks of Pushkar Lake, around which the fair takes place, in the months of October-November. Legend has it that the Hindu god Brahma, the creator from the holy trinity of Brahma, Vishnu, Mahesh, sprung from the lake on Kartik Poornima (full moon day of the month of Kartik, 15 days after the Hindu festival of Diwali) and hence numerous people swim in the sacred waters of the lake.

Take a stroll through the vast cattle camp and see the magic come alive. Pushkar Camel Fair is an experience to cherish. 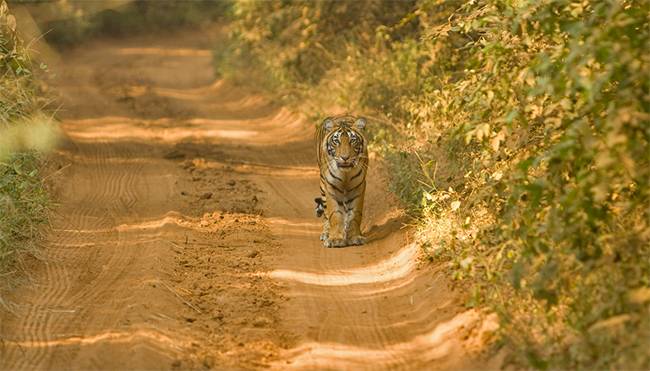 Located at about 160 km south-east of Jaipur, Ranthambore National Park is one of the biggest national parks in India and was declared one of the Project Tiger reserves in 1973 by the Government of India. Spread over an area of 392 sq km Ranthambore is one of the best places to see the tigers in their natural habitat. While the park remains open from October to June, the best time to visit is between November to May when the tiger spotting is easier. Do visit the Ranthambore fort which overlooks the park and watch out for one of the big cats. 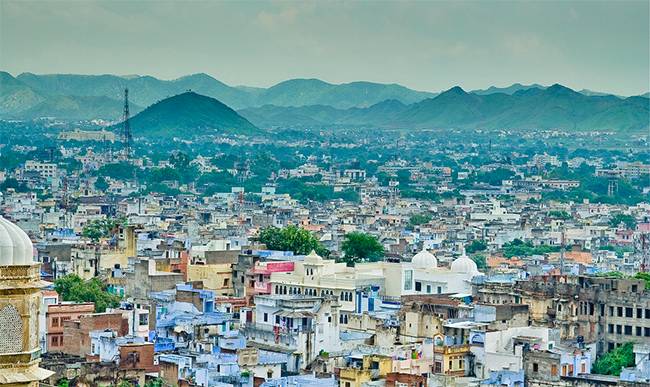 Founded in 1553 by Maharana Udai Singh II, Udaipur is the historic capital of the Kingdom of Mewar in the erstwhile Rajputana Agency. Udaipur is also known as the City of Lakes and Lake Pichola, Fateh Sagar Lake and Udai Sagar lakes are some of the most beautiful lakes in Udaipur. Asia’s only solar observatory, the Udaipur Solar Observatory, is situated on the island in middle of Fateh Sagar Lake. It is home to the Rajput-era palaces, many of which have been converted into luxury hotels. 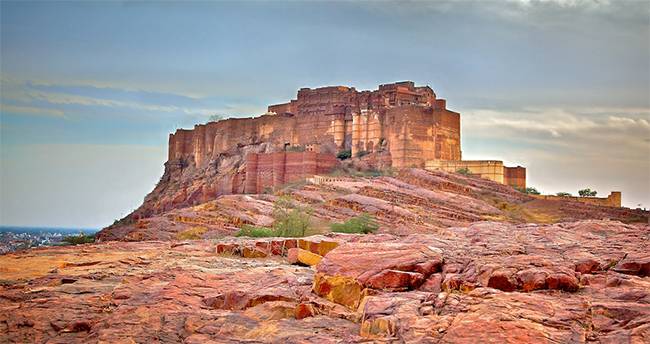 A former princely state and capital of erstwhile kingdom of Mewar, Jodhpur has many palaces, forts and temples to boast of. Strategically located in middle of the state, Jodhpur is also a convenient base for travel around Rajasthan. Mehrangarh Fort, one of the largest forts in India, is located in Jodhpur and also exhibits the heritage of the Rathores in arms, costumes and paintings. Umaid Bhawan Palace, Ghanta Ghar (clock tower) and Jaswant Thada mausoleum are brilliant pieces of architecture. 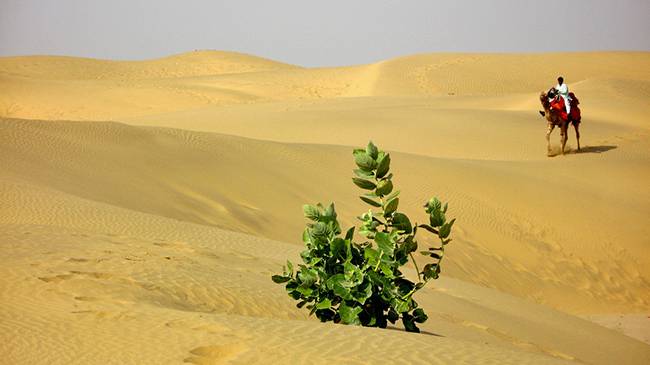 Named after the Maharawal Jaisal Singh, the Rajput king who founded the city in 1156 A.D., Jaisalmer is a World Heritage Site. It lies in the heart of the Great Indian Desert (Thar Desert) and the yellow sandstone used in the architecture gives the city a yellow hue to it. Do visit the Trikoot Garh Palace, which was built in 1156 and be a part of the history of Rajasthan. Jaisalmer also has beautiful Jain temples with exquisite marble carving as well as some of the oldest and rarest manuscripts and artefacts of Jain tradition can be found here. Do not miss out the desert festival held here in January/February which is a fantastic mix of folk songs, dance and music. 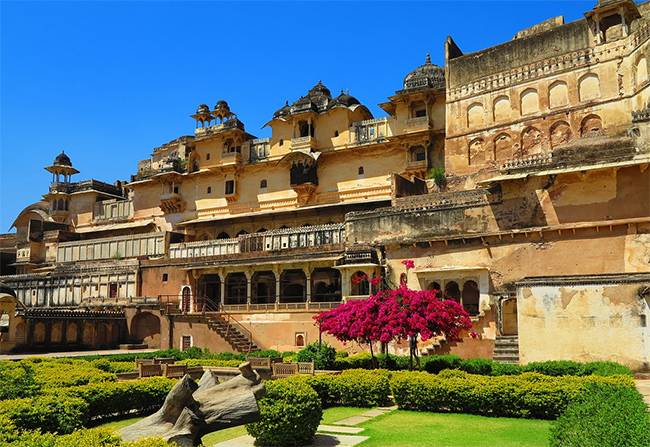 Home to magnificent palaces, towering forts and stepwell reservoirs, the narrow lanes of Bundi have a very old world charm to it. Constructed in 1354 A.D., the Taragarh Fort is one of the most impressive structures of the city, whereas the Bundi Palace, on the hill next to the Fort is a great example in traditional murals and frescoes. The intricately carved stepwells were the only source of water for the town till the piped water system was introduced. Various day excursions to places like Dugari Fort, Gudha Dam, Kedareshwar Dham and Keshoraipatan can be carried out at Bundi. 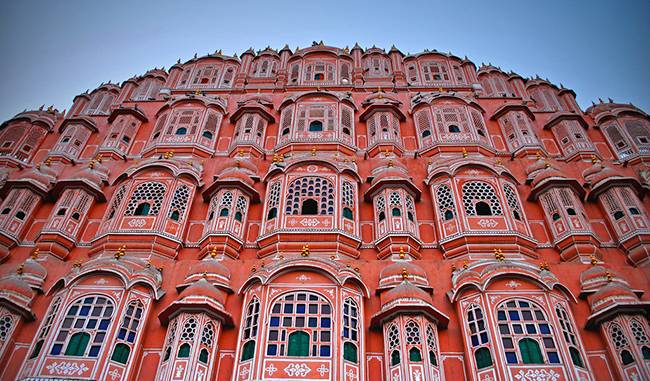 Jaipur is the capital and the largest city of Rajasthan. Also known as the Pink City, Jaipur is included on the Golden Triangle tourist circuit along with Delhi and Agra. Jaipur is rich in heritage, culture and architecture with fortresses, palaces, temples and havelis making it one of the most preferred tourist destinations. The Hawa Mahal, Amber Fort, City Palace, Jaigarh Fort and Nahargah Fort are just few of the must-see places in Jaipur. Do check out Jantar Mantar, the observatory, which is also one of the World Heritage Sites. October to March is the best time to visit Jaipur as weather is pleasant during this time. 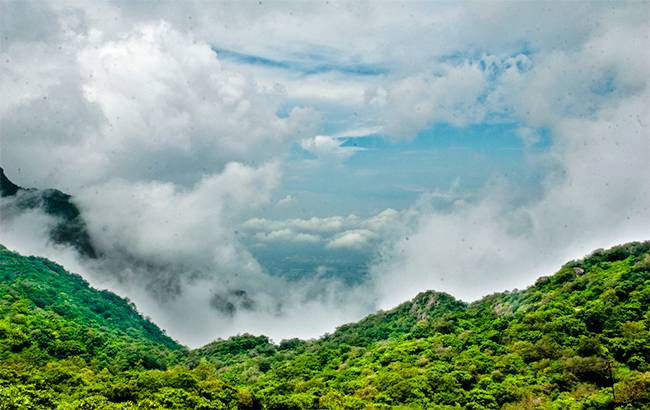 Mount Abu is a popular hill station situated on the Aravalli range of mountains, which is the oldest fold mountain range in India. The highest peak of the mountain is Guru Shikhar and it is situated at 1,722 m above sea level. Abu has several Hindu and Jain temples including Dilwara Temple complex carved out of white marble which was built between the 11th and the 13th centuries. The Nakki Lake and Sunset point are some of the other tourist attractions. 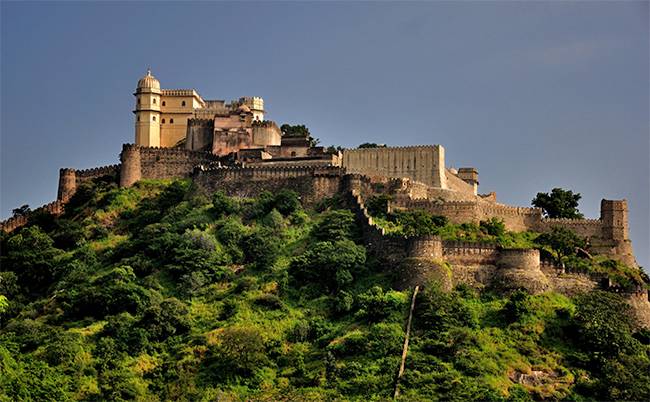 Built in the 15th century, the Kumbhalgarh Fort, a Mewar fortress in the Rajsamand district, is a World Heritage Site. The walls of Kumbhalgarh extend over 36 km, and are claimed to be the second-longest continuous wall after the Great Wall of China. Do visit the Kumbhalgarh Wildlife Sanctuary which is one of the few parks that allows people on horsebacks and where activities of the rarely found wolves can be seen. It is also home to many of the endangered species and best time to visit it is between October to June. 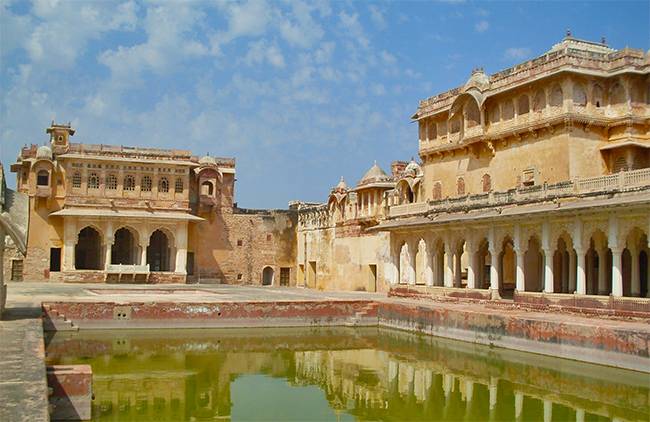 Founded way back in the 4th century B.C., Nagaur was at the centre of Muslim invasion from Central Asia. The remains of the early settlements can be seen along the banks of now dried up Saraswati river. The Nagaur Fort, built in the early 1100s, is one of the finest examples of Rajput-Mughal architectures. Tarkeen Dargah is a very sacred place for Muslims and Sufis. Day excursions to nearby places like Khimsar Fort, Dadhimati Temple and the 400 year old Meerabai Temple can also be carried out from Nagaur. 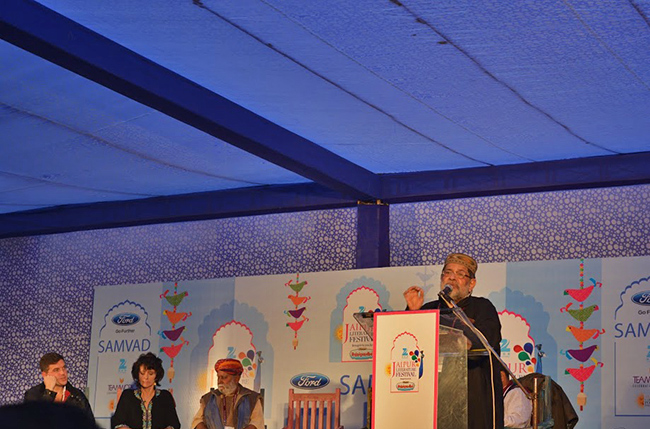