20 Things To Do in Kolkata – The City of Joy

20 Things To Do in Kolkata – The City of Joy

Kolkata is a city that is filled with emotions. There is one quote that Kolkata is not for everyone. If you want your cities clean and green, stick to Delhi. You want your cities, rich and impersonal, go to Mumbai. You want them high-tech and full of drought beer, Bangalore is your place. But if you want a city with a soul, come to Kolkata. If you are planning a trip to Kolkata we suggest you must experience some of these top things to do in Kolkata.

Kolkata also stands for it’s literature, politics and craziness over football. There are many attraction of this city which reflects it’s history and culture. Here are some major places to visit.

Kumortuli is a place located in northern Kolkata. Kumor-tuli, kumor stands for potters and tuli is quarter. So kumortuli is a place where potters makes Hindu god and goddess whole the year. This perticular place is famous for idol making mostly, during August to October potters are busy making goddess Durga and her children’s, it’s the peek time. Many outsiders gather up here during puja times to witness idol making, even Kolkatans also. If you want to capture moments from Kumortuli in your DSLR specifically buy a pass worth 50 rupees with one year validation, they don’t charge for mobile photography.

Since Calcutta is enriched with literature, poetry it is very obvious to college Street to be Asia’s largest book market. It sells various kind of books from freshly bind to yellowed second hand books. You may find old manuscripts if searched, rarest of rare books.

In this era of Ola and Uber, Kolkata still runs in the glorious past. Vintage trams will give you a old nostalgic feel good vibes in a instinct. Try riding a tram from Khidderpore to Maidan so that you can experience picture perfect views in Maidan area, riding a tram between big banyan trees are a different kind of feeling.

This would only cost you five bucks, sounds amazing! Right.

Mullick ghat is also the largest flower market of Asia. This place is a whole sale market beside Ganga river. This market is little crowded but worth visiting, colorful flowers all over the area, beside you, under your feet everywhere. Such a nice place.

The attached ghaat also holds a spectacular view of Howrah bridge above Ganges. Try visiting it in the dawn or in the afternoon.

If you are brave by heart and likes tranquility, south park cemetery is your place. It is a pleasant, calm place to sit or to explore tombs from 80 century maybe even before that time. Some has witnessed mysterious activity in cemetery but I never did. So you might get a exciting experience by visiting this place.

Ticket costs 20 bucks and DSLR camera holders have to pay 50 rupees per person.

Did you just say you love food!!? Are you a morning person? Said yes to both questions? Then Territi Bazaar is your place.

This place serves delicious authentic Tibetan food at a cheap rate. Chicken momos, tukpa, dimsum, dumplings, soup noodles, steamed baozi Buns, fish meat ball soup, congee, specially pork dishes within 50 rupees pocket pinch. This place wrap up before 7 am so arrive as early as possible so you can avail many dishes before they sell out.

Located near Central metro station. But since Kolkata metro open by 6.45 so opt for a car or motorbike to reach there or you can take a Ola/Uber ride too.

Princep ghaat is the only ghaat of Calcutta that offers boat ride on Ganges. You can have a boat ride with your family or beloved ones, most preferable during sunset. Princep ghaat gives one of the best sunset view compares to other ghaats of Ganga. Locals comes here to chill and click picture perfect snaps.

Many talk about fish choices of Bengali cuisine but I feel fish should not be the one and only concern of Bengali cuisine. It offers numerous number of veg and non veg food apart from fish only. Ever heard about banana flower dish? Locally known as mochar dalna, another one from banana tree itself kach kolar kofta, which is basically deep fried banana balls seasoned with basic Indian spices and rich cream. Bhojohori manna, Saptapadi, 6 Ballygunj place these are the classic dine out restaurants that offers local Bengali cuisine, another new bee is sonar Tori which is affordable and food tastes good!!

Coming to Kolkata street food, Kolkata is influenced by different places so its street food has many varieties try everything and anything you like.

9) Shop Till You Drop at Esplanade

Who doesn’t like shopping, that to in cheap rates. Esplanade is one of the best place to shop in Kolkata from street shops to international branded shops. You will get it all outta here. Don’t forget to bargain if you are buying it from some pop up street shop.

As mentioned earlier Kolkata is known for it’s architecture. St. Paul cathedral is another great architecture built in 80th century during British empire. It’s white exterior makes it very beautiful. This Indo-Gothic chruch is situated between Birla planetarium and Academy of Fine Arts.

12) Art and Cultural Side of Kolkata

Kolkata is rich in art and cultural activities all over the city which has no doubt. Wherever you go whomever you talk with, you will always end up talking about some form of art be it dance, sketch, sculpture, poetry anything.

There are some specific place you can visit if you enjoy art like bengalis. Academy of fine arts is one of the major place where something is going on everyday. It’s an art complex with one movie theater, two auditorium for plays and one gallery for paintings, photographs and sculpture to display.

Nandan complex hosts a festival called “nattyo-utsav” during winters. This is the most happening festival in Nandan, a free of cost screening of plays act by groups all over from West Bengal.

West Bengal govt has opened their first tram museum in Kolkata. It has two coaches like any other trams of Kolkata. One is a 20 seater cafe serving hot tea, coffee, chips and other snacks the other coach has a mini museum which showcases the history of tramways, transformation of tram coaches and every other things. This newly opened tram museum is worth a visit.

Eco park is another new venture by West Bengal govt. This is an urban park located in Rajarhaat, which have replicas of 7 wonders of the world and other great sculpture which reflects West Bengal’s culture. It is the biggest park so far in Kolkata with over 480 acres plot and 104 acres water-body with island in a middle. This island have coffee shops and small resorts for your weekend getaways. It’s a pleasant place to spend you evening out in the nature.

Science city Kolkata is the largest science center in India. It is a science complex located in bypass opposite of Milan Mela prangon. Kids will enjoy visiting here since it’s not a boring science complex but a fun, playful place admired by kids mostly. Entry fee is 50 bucks and other places like space theater, 3D theater, evolution park, time machine, road train costs within 30-60 rupees.

Victoria memorial palace is a memorial of queen Victoria as the name suggested. It is the most visited tourist place of Kolkata. Victoria is basically a garden based museum, locals comes here for jogging in the morning and hangout in the afternoon. Victoria museum showcases Indian and western paintings and other historical things from British colonial times.

Birla planetarium is a Buddhist stupa shaped auditorium which displays basic astronomy, mysteries of cosmos, exploration of Mars and other planets. This shows can ignite your interest in science and the motion of planets. Astronomy lovers from all over the world come here to experience this once.

Jorasanko Thakurbari is the birth place of Tagore’s and it is located in Jorasanko, Northern Kolkata. This place is worth a visit for art lovers and people who admire Tagore. 700 paintings are showcased in Tagore’s ancestral home and things he used mostly.

Tangra is a place where many Chinese lives and serves great authentic traditional Chinese, Tibetan food at cheap rates. One will love china town’s atmosphere since locals are Chinese and the food is so good. Big Boss is the most preferable dine out restaurant of China Town. A visit to Chinatown in Kolkata is must for any city tour. 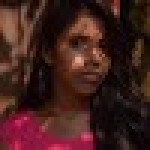