Top 12 Things To Do In Colombo- The Absolute Itinerary 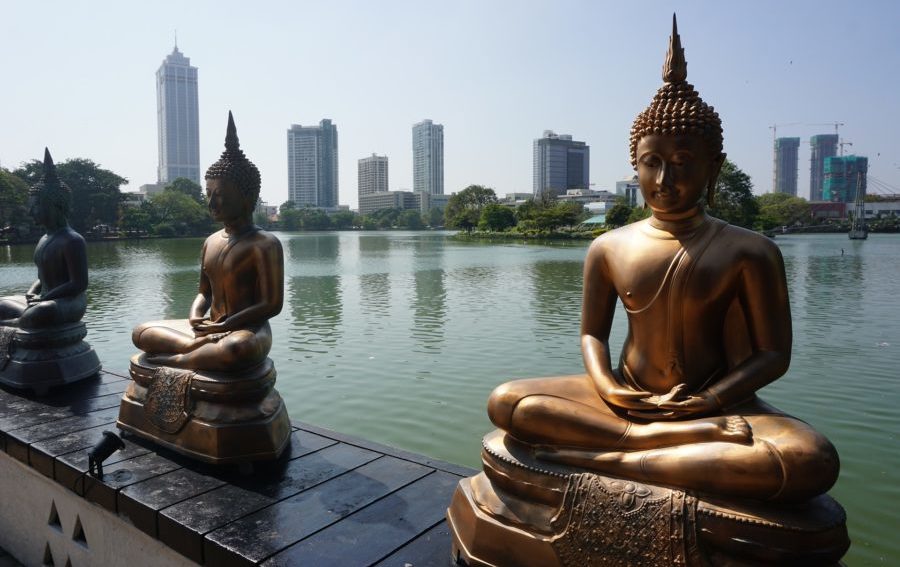 Top 12 Things To Do In Colombo- The Absolute Itinerary

To all fellow travelers, who think Sri Lanka is the land for curries and cricket. Well, you’re right!….. Bazinga! This Emerald in the Indian ocean is home to stunning architecture, rich history, cultural diversity, green landscapes and world-class infrastructure. And we are here to help you discover best things to do in Colombo while you’re there. It takes time to fall in love with this country but once you do, you go all Romeo for this Juliet.

We bring you an action packed sequence of attractions every traveler should go for, when they visit Colombo. It is the commercial capital and largest city of Sri Lanka. This metropolitan city developed with enthusiasm, from being the capital of British Ceylon to taking over the tourism industry in Sri Lanka. So here are some adventures of Colombo you just cannot miss while you are voyaging through the Indian Ocean’s star.

There are two airports located near Colombo city center. Ratmalana and Bandaranaike (CMB) airport. Ratmalana is closer but only few domestic flights. So you are dropped off at CMB airport, about an hour from Colombo. Instead of heading straight to the capital, visit the less explored Negombo which is closer to the airport. Its proximity to your ride from home and cheaper hotels have increased its popularity among budget travelers. This town is famous for its golden beaches, sparkling water and Dutch canals that run through the city.

You can head to the Negombo beach and relax at the sandy beaches while sunbathing. Or enjoy a boat ride in the waters of Negombo lagoon. You can even spot diving centers in the area and explore the majestic sea life of Indian Ocean. We recommend one day halt in Negombo and catching a bus from the main bus stand to Colombo. You can also hire a taxi but don’t forget to haggle or you’ll end up spending that extra money you saved for the booze.

Check Out: Tours & Activities in Negombo

2) Visit the National Museum of Colombo 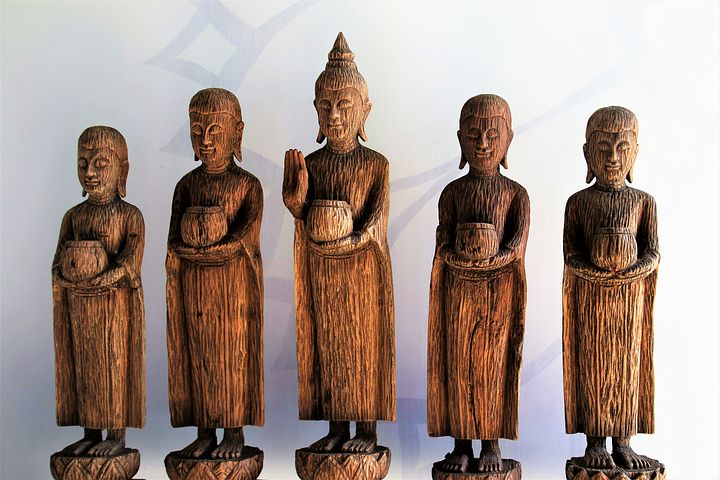 This historical landmark of Colombo was founded by Sir William Henry Gregory, British Governor General of Ceylon. It is the largest museum in Sri Lanka and displays exquisite collections of art, carvings, artifacts, unique masks of demons and statues from Sri Lanka’s rich past. Exhibits date back to 19th century with war artifacts like guns, swords and pictures reminding you of the colonial past of Ceylon.

One of the most interesting showcase at National Museum of Colombo is the throne and crown, belonging to Kandyan empire or Kingdom of Kandy (1473 to 1815) . It’s the perfect throwback to the beginnings of art, culture and historical importance of Ceylon in today’s world. Visit the website for more information. National Museum

Formerly known as Victoria Park, Viharamahadevi Park it is located next to National Museum in Colombo. This public park is the oldest and largest park of the port of Colombo. Built during British rule when Charles Henry de Soysa donated this land to the city and named after Queen Victoria. After the WWII, it was restord and named after Queen Viharamahadevi, mother of King Dutugamunu, a Sinhalese King of Sri Lanka. Like every park, it is blooming with lush green tress, mesmerizing flowers, families having a gala time and couples canoodling.

Apart from that, there is a huge Buddha statue inviting you for a peaceful walk around the fountains and flowers. On its western end is a war memorial (Cenotaph War Memorial) dedicated to Ceylonese soldiers, who died during two world wars and Colombo public library, the largest public library in Sri Lanka. You’re in for a treat if you visit the park during a concert or an event, organised in the open air stadium.

Also Read: Top 10 Things To Do in Kandy

Spread across 12 acres of heavenly oceanic view is the urban park Galle Face Green. Situated in the heart of Colombo, it stretches for 500 metres along the coast, next to Indian Ocean. It was initially laid out by the Dutch to give their cannonballs a strategic line of fire against enemies. Later used for horse racing, cricket, polo, football and as golf course. Today, it’s the hotspot for families, tourists and love-struck couples, enjoying their food with an amazing view of the ocean.

You can spot or even join locals flying kites, blowing bubbles and gobbling delicious food from local vendors. Sunday is the perfect day to soak in all the craziness and spend some happy time with gorgeous views and mouth-watering street food. 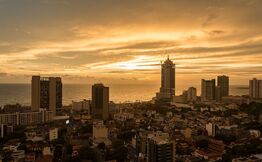 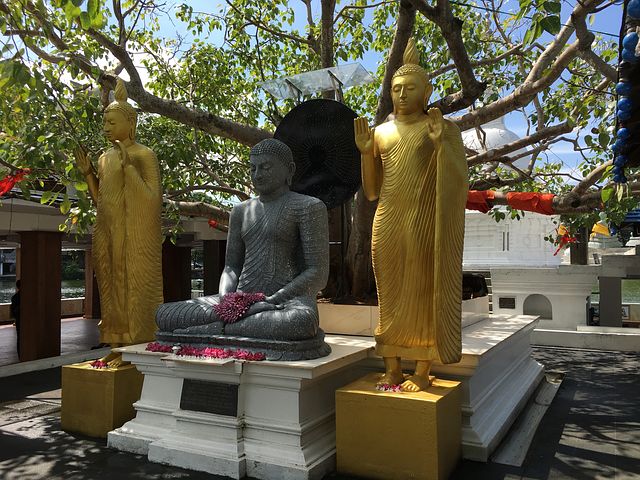 Essence of Buddhism and culture, breathes in the architecture of Gangaramaya Temple, in Colombo. Sri Lanka adorns the name multi-cultural and multi-ethnic. This temple is the perfect exhibit of that name. Architecture reflects Sri Lankan, Thai, Indian and Chinese culture. It’s one of the most revered Buddhist temples in Sri Lanka and is known by Pada Thota Gangaramaya Vihara among locals.

Gangaramaya Temple is popular for its stellar architecture and cultural importance among Buddhism followers. The land adorns a Vihara Mandiraya or temple for prayers, Cetiya or Pagoda, Seema Malaka or assembly hall and a relic chamber. Apart from these, you can visit museum, library, educational halls and a seminary, built within the sacred complex.

You’re welcomed by the melodious silence that wraps your soul with warmth and love. Everything that you need to know or see about the history of Buddhism in Ceylon is found within these walls. It’s safe to say that Gangaramaya is the peaceful soul of the bustling city of Colombo. Read more about its history at Gangaramaya.

Beira Lake is a stunning lake present in the centre of Colombo, was a major source of transportation in the colonial era. It is efficiently connected to intricate canals that flow through the city and was a great transportation source for goods. Many abandoned warehouses were spotted around the lake. They remind you of the colonial past of Sri Lanka when tea was transported from these warehouses to the Colombo port for export.

It dates back to 15th century when Portuguese invaded Sri Lanka and built the lake to protect themselves from local rulers. They added large crocodiles around the lake to prevent any attacks against them. They were later defeated and British took control. They removed the crocodiles and established the scenic area surrounding the lake. Since then, it’s used for recreational activities like rowing and yachting. Colombo rowing club has been around for more than 100 years.

You can enjoy a swan boat ride in the shallow waters of the lake, work an appetite while jogging or just sit and enjoy the view of skyscrapers piercing through the lovely breeze during sunset. It is very close to the Viharamahadevi park and Gangaramaya temple, usually a cool-off spot for tourists after a long day of sightseeing. 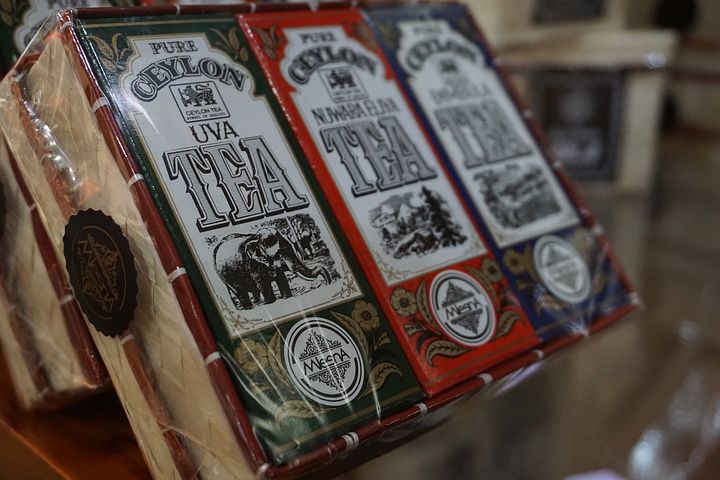 Not far from the noisy streets of Pettah in Colombo, lies an oddly stunning set up of street vendors and locals. One of the urban development plans, its main objective was to remove unwanted stall off the footpath in an already congested Pettah. Due to lack of facilities, vendors occupied all the area on footpath, forcing pedestrians to walk on the road. Floating market was officially inaugurated on 25th August, 2014.
You can spot some general stores, clothing and shoe stores, food vendors, handicraft stores and accessory shops. Not the best shopping option but indeed an amazing experience. Its relatively calm atmosphere, friendly shop owners, cute-little lotus pond, occasional visits of birds and decorated stalls add to the character of the market. Even if you don’t fancy anything from the shops, you sure as hell are taking home stunning pictures of your visit. 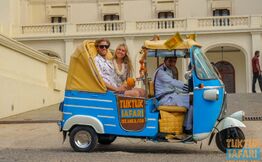 Jami Ul-Alfar mosque or the Red mosque is situated in the crowded Pettah district of Colombo. Its magnificent architecture is inspired by Indo-British or Indo-Saracenic structures. One of the oldest mosques in Colombo attracts thousands of tourists every year, without any efforts. Reason is its tall structure, which is easily spotted from majority of the streets in Pettah and illusion like wall pattern. Walls are covered in distinctive red and white swirling stripes and looks eccentric rising above the city. Mosque’s tall minarets and signature domes are surrounded with busy markets and delicious food. Its British style infused with Sri Lankan culture is a dish worth tasting. Make sure you cover your head while you’re inside the mosque. 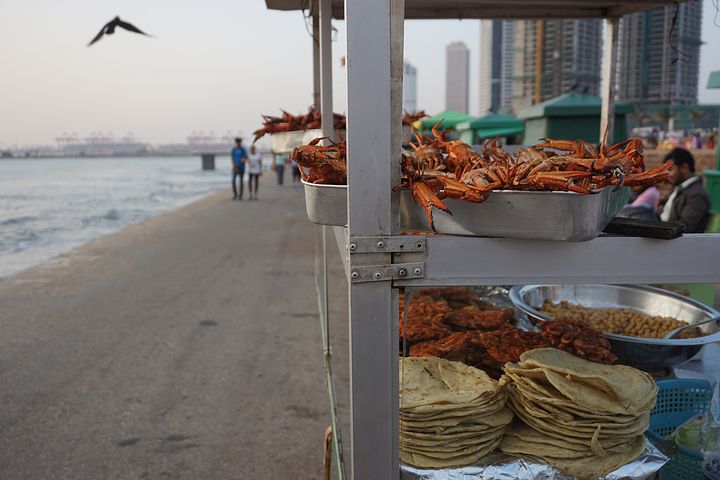 You can find this stunning beach in the suburbs of Colombo. Budget travellers find Mount Lavinia, the best alternative to central Colombo with cheaper hotels, golden beaches and mouth-watering seafood. This place named after former Governor General of Ceylon’s lover Lovina, is worth every minute you spend travelling to the beach. Food coma turns into a blissful experience with stunning views of sunset. This paradise away from paradise is recommended to every traveller visiting Colombo. Don’t forget to visit Beach Wadiya and Seafood Cove for grilled prawns and freshly brewed beer.

10) Double Your Money at a Casino in Colombo 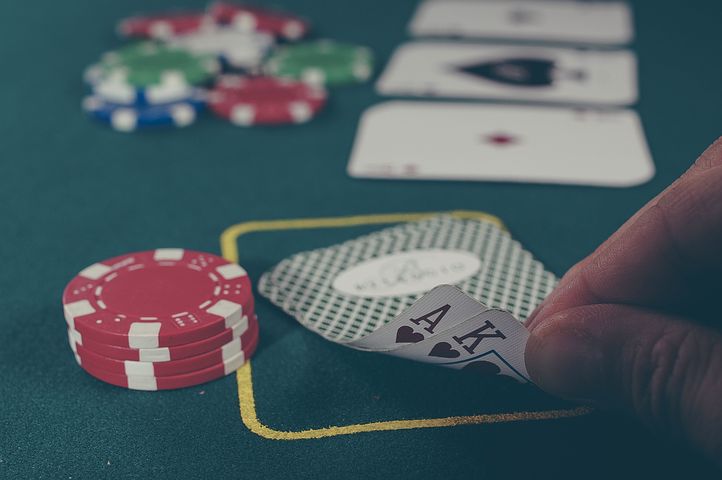 Casino’s in Colombo are just as steamy as anywhere else! Bally’s, Bellagio and Marina Colombo are the best casinos in the city. From stunning interiors to fine dining, you can gamble your night away and enjoy customized services for an extraordinary experience. They are open 24/7. Minimum and maximum bid is different at every casino. We recommend holding on to your guns and not spending all your money in a foreign land.

Colombo is famous for scuba diving. There are many dive spots that turn this adventure sport into a lifetime experience. You can choose from a variety of scuba diving packages and enjoy the heaven beneath the land. Famous dive sites are Pecheur Breton (Cargo wreck), Medhufaru, Chief Dragon (Car Wreck), Taprobane East Wreck etc. From ship wrecks to colorful marine species, your trip without visiting the blue world would remain incomplete. You can book your diving excursion at Colombo divers or Island Scuba. Visit Colombo dive sites for information about depth and views.

This historical landmark was built as a memoir to celebrate the victory over colonialism. Built in 1953, this national monument is a reminder of strength and patriotism. Memorial hall is home to the Independence Memorial Museum, which proudly displays pictures and information of freedom fighters, political leaders and their struggle for independence. Monument adorns the statue of the first prime minister Rt. Hon. Don Stephan Senanayake also known as ‘ Father of the Nation’ . You feel glad and proud for its existence, as with its commemoration began the journey of the beautiful Sri Lanka we know today. 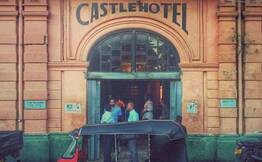 Colombo is a massive city blooming with beaches, temples, stunning architecture, crazy nightlife and rich culture. You can visit Nelam Pokuna theatre or Lionel Wendt art centre and catch a play or enjoy a cricket match at R. Premadasa stadium. The list can go on and on.

Our top 12 recommendations are best if you’re visiting Lanka land for 1-2 weeks. If more, city floats on an ocean of fun activities and Dutch architecture. You can go on a hunt for such places and share your experience with us!

Read more about Emerald Island at Top 10 things to do in Sri Lanka. 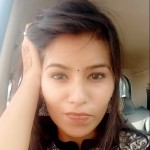 Top 10 Restaurants in Colombo You Cannot Miss
Got a travel story?
Submit your article and become a contributor
View articles by
Recently added
RSS Feed