The Nameri National Park located in Assam,embraces the Himalayan Foothills. It was denoted with the status of a National Park in 1998. The park is composed of an interplay between moist deciduous forests, evergreen forests, grassland, bamboo and cane. The park which is surrounded by the river Jia Bharali and its tributaries is also an important Tiger Reserve. It is located about 180 kms from Guwahati, on the border of Assam and Arunachal Pradesh.

The river which flows through the Park is famous for the large variety of fish present in it. The Golden Masheer Fish is the most coveted species which due to its size is often known as the “Tiger of the Himalayan Rivers.” Exotic wildlife, including rare and endangered species of mammals, reptiles and insects are found in this park. This park is situated on the bank of Jia Bhoroli river and has dense, evergreen forestland. A range of wild orchids grow in the park. Explore the park via an elephant safari or through a boatride on the river. River rafting is also a popular excursion. The Pakhui National Park is adjacent to this park and Kaziranga National Park is about 230 kms away.

The National Park has a huge population of elephants of which many are tamed and trained to provide tourists with elephant safaris. The park can also be toured through boat safaris.

Tourists can enjoy sports like trekking and river rafting. They can also indulge in Angling, Sunbathing, and swimming in certain areas of the park but only with special permission. Sakteng Wildlife Sanctuary is one of the newest protected natural reserves, the lush Deciduous Forests of this Sanctuary are known to harbor the... Gorichen peak or Gori Chen Mountain is about 164 kms from the township of Tawang and is the highest peak of Arunachal Pradesh. It is also known... 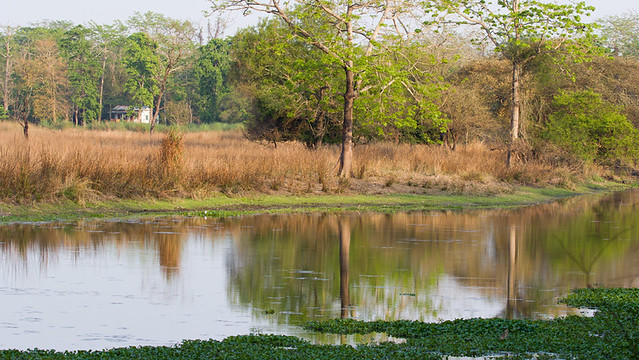 Located on the north bank of Brahmaputra river of Assam State, Orang National Park is mostly swampy with dense grasslands and islands of the... Other travellers left Nameri National Park reviews and tips for you