It was denoted the status of a National Park in 1980 and it’s the only natural habitat where the Rajasthani state animal, bird, tree and flower that is The Camel, The Great Indian Bustard, The Khejri Tree, and The Rohida are found together.

The Sandgrouse, The Honey Buzzard, The Blackbuck, The Bengal Fox, The Saw Scaled Viper, and The Common Krait are some birds, animals, and reptiles which can be found at the Desert National Park.

Some preferred activities which can be enjoyed the National Park include bird watching, camel safari, and jeep safari.

Tourist can also visit the Gadesar Lake which was built to conserve rainwater in the 14th century. It’s surrounded by ancient temples which exhibit quite delicate artwork. The lake is the perfect site to spot migratory birds. 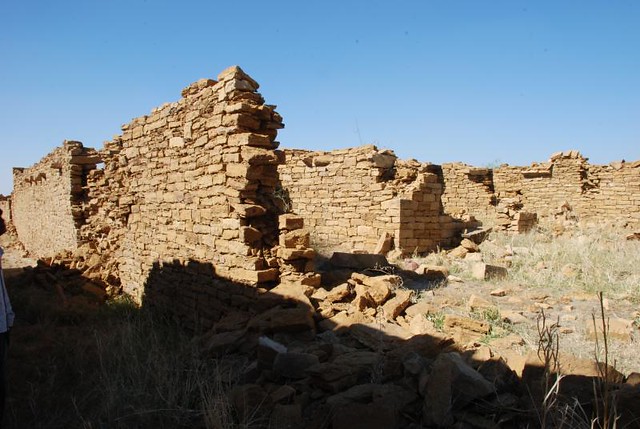 Kuldhara is an abandoned village located a short distance from town in the Thar desert. As with all good mysteries, there’re a number of...

A compact and concise little gem of a museum, the Desert Culture Centre & Museum is close in the town center. Through use of rare coins,... Again, another top notch museum allowing visitors to transport themselves back in time to a forgone era, in this case, the desert tribes of the...

Read more
Places to Visit near The Thar Heritage Museum These are a selection of rich merchants, government officials, and royal subject’s houses. They’re all located within the city walls of the... Jaisalmer Fort  also known as Sonar Quila or Golden Fort was built in 1156 AD by Rao Jaisal, the town is dominated by a large, imposing and... A wealth of cultural heritage about the desert region of Thar, the people, their traditions and culture. The folklore museum is exactly that.... No doubt one of the most important, but also one of the oldest, the Gadsisar lake was constructed by the city’s first ruler Raja Rawal Jaisal....

The central market area in the town of Jaisalmer. Located within the fort and close to the artificial lake of Gadi Sagar. The center of activity...

A short taxi or rickshaw ride from town. This is a small reservation area devoted to the fossil remains of the Jurassic era. Roughly scattered...

Other travellers left Desert National Park reviews and tips for you