Udaipur is referred to as the "Venice of the East," the "Most Romantic City of India" and the "Kashmir of Rajasthan". Tourists flock to this enchanting city in the heart of the Aravalli Hills, which has three interconnected lakes: Fateh Sagar Lake, Lake Pichhola and the Swaroop Sagar Lake. With its forts, palaces, temples, gardens, mountains and narrow lanes lined with stalls in the medieval historic center, Udaipur is a living memory of a heroic past with valor and chivalry.

Chittorgarh from the 7th century to the 16th, was the capital of Mewar under the Rajputs. Chittaur evokes memories of great heroism and sacrifice by Rajput men and women in the intermittent battles that they had to fight against invaders from Northwest or Delhi. Chittaur witnessed both the ravages of war and the triumphs of the spirit. Allaudin Khilji who coveted Queen Padmini of Chittaur, invaded the city in 1303 A.D. Queen Padmini and the women of the court sacrificed themselves in a pyre of fire rather than submit to anybody. This supreme sacrifice has been called 'Jauhar' and epitomises the fiery spirit of the Rajputs of the day. The city stands strewn with monuments and battlements as evidence of the blood and gore that it went through in medieval times.

The Chittorgarh Fort is the best known fort in Rajasthan. Its origins are traced to the Pandavas of Mahabharata. It is said that Bhima, one of the Pandava brothers, built the fort. Standing on 180 meters high hill, the fort covers an area of 700 Acres. Inside it is the Meera and Khumba Shyam Temple. It is associated with Meera, a mystic poetess devoted to Lord Krishna whose life and bhajans have become part of the folklore and literary traditions of the region and several parts of India.

Kumbhalgarh
The unconquerable Kumbhalgarh Fort was built in the 15th century by Rana Kumbha of Sisodia Dynasty. It’s on a Hill-top 1100 meters above sea-level. Fort has perimeter walls that extend upto 36 kms and this fact has made this fort to be in the international records. This is the second longest wall in the world after the Great Wall of China. The front walls of the fort are 15 feet thick and have seven fortified gateways. There are over 360 temples within the fort. Kumbhalgarh is also the birth place of Maharana Pratap - The Great King and Warrior of Mewar.

From the Palace top it is possible to look for tens kilometers in the Aravalli Range. On your way, you'll find zigzag road going through deep ravines and thick forest. The large complex of the fort offers ancient remnants to explore and one can spend a pleasurable evening while strolling through the majestic fort.

Beautifully sculptured Jain temples mark the glory of this renowned place. Considered as one of the five holy places for the Jain community, these were created in the 15th century during the reign of Rana Kumbha. These are enclosed within a wall. The temple is an astounding creation of architectural splendor with 29 halls and 1,444 pillars all distinctly carved, no two pillars being alike. Every hall of temple has inconceivable surface carved with equal delicacy. Facing the main temple are the temples -Parasvanath - Neminath with exquisite figure carving which look similar to that of Khajuraho sculptures. Another temple worth visiting is the nearby 'Sun Temple' dedicated to the 'Sun God'. The temple has a polygonal wall, richly embellished with carvings of warriors, horses and celestial (Nakshatras, grahs) bodies.The Sun God has been shown riding its vehicle, the chariot.

It houses 108 temples chiselled out of sandstone and marble, this temple of Eklingji was built in 734 AD. Enclosed by high walls, it is devoted to Eklingji  (A form of Shiv Deity adored under the epithet of EKLINGA).

Sri Eklingji is the family deity of Maharana / King of Mewar. Maharana Bappa Rawal built the temple in 734 A.D. and later was extended and maintained by the succeeding Maharana. Bappa Rawal was an ardent deity of the Lord and attributed all his success to Sri Eklingnath hence; the Maharana’s family considers Eklingji to be their family deity till date and also considers the lord as the king and the Maharana himself as the dewan (minister) of the state

The beautiful four faced idol of Eklingji is chiseled out of black marble. The western, northern, eastern, southern faces represent Lord Brahma, Vishnu, Surya and Rudra respectively. The Shivling is placed among these four faces. There are four gates in front of these four faces. Towards eastern gate, idols of Goddess Parvati, nearby Ganeshji, on southern gate Gangaji, nearby Kartikeyji have been placed. Thus, we get to see the whole family of Lord Shiva in this temple.

Nathdwara lies 48 kms from Udaipur and literally means the gateway to the Lord. This great Vaishnavite shrine was built in the 17th century on spot exactly defined by the Lord himself. The legends have it that the image of the Lord Krishna was being transferred to safer place from Vrindaban to protect it from the destructive wrath of the Mughal Emperor Aurangzeb.

The image when it reached the spot, its vehicle the bullock carts wheel sank axel deep in mud and refused to move further. The accompanying priest realized that this was lord's chose spot and the image did not want to travel any further. Accordingly a Temple was built here.

The main attractions are the Arties and the Shringar. The formal prayer offered with diya, insentsticks, flowers, fruit and other offerings with local instruments and devotional songs of the Lord according to the demand of the time and occasion.

Nathdwara has a small but throbbing township around the temple. It's famous for its 'pichwani' paintings, with Shri Krishna in the centre and is recognized for profuse use of gold colour.

The historic Battle of Haldighati, took place in the year 1576 AD between Rana Pratap , the great Hindu Rajput ruler of Mewar in Rajasthan and Raja Man Singh of Amber, the great general of the Mughal Emperor Akbar. This battle is considered as one of the most significant events in the history of the Rajputs, and this battle was also one of the shortest battles in Indian history, which lasted for only 4 hours. Today, the Haldighati pass, in which the battle took place, stands as a tourist spot, with great memoirs of Raja Rana Pratap and his brave horse Chetak.

DAY 02: of Kumbhalgarh and Ranakpur

After breakfast we do a Day trip to Chittorgarh fort and over night at Udaipur.

After breakfast visit Sas-Bahu Temple ,Eklingji, Nathdwara,Haldighati and over night at Udaipur.


Refund will be processed only after 15 days after receiving the written cancellation request. 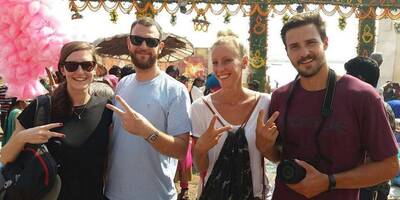 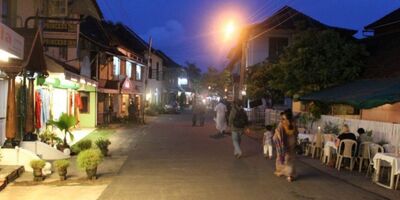 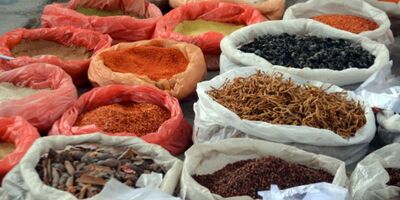 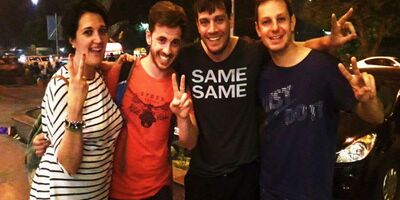 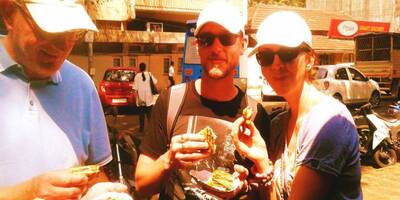 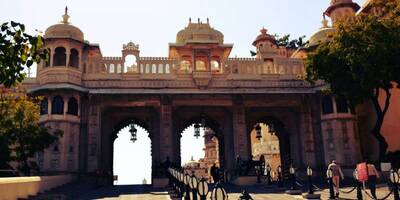