A 6-day trek to the famous Tarsar and Marsar lake starting from Pahalgam, taking a circuit route to end the trek in Srinagar or Sonmarg by crossing over Sanamasti and Sumbal.

It has a terrific similarity with the Kashmir Great Lakes trek, superb meadows, wide open plains, impressive lakes, grand mountain views. There are valleys that are flower-decked with such density that it takes careful stepping not to trample on flowers. There are streams that fall on ledges, creating shallow swimming pools that are surrounded by grassy knolls. The campsites are in terrific settings.

Day 5: Trek from Sundersar to Marsar and descend to Sonamasti | Trek 8 KM / 6 hours 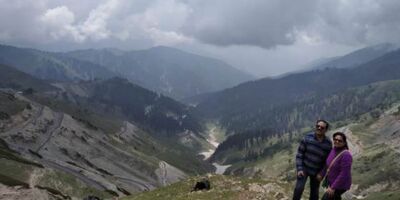