Jamshedpur Tourism | Places to Visit | Things To Do

Jamshedpur is located in the Chota Nagpur Plateau region of Jharkhand. In the past, it was known as Sakchi, re-named as Jamshedpur in 1919 by Lord Chelmsford.The city of Jamshedpur is named after the industrialist Jamshetji Nusserwanji Tata, as a tribute to the Tata company’s founder. Jameshedpur is known as the first cosmopolitan city and illustrious industrial townships in India.

The Railway station of the city is known as the Tata Nagar Station. The city is a mix of different flavors on one hand it is world-renowned for its industrial townships on the other hand it is a serene and beautiful. Some of the best school and colleges in the country are in the city. Both the National Institute of Technology and XLRI Jamshedpur attract thousands of the best talents across the country. The city is calm and very well planned , with lush green parks, sanctuaries, museum , gardens, shopping areas and industries all under one roof. The city has been named as one of the fastest growing cities of India by the United Nations.

The terrain of Jamshedpur is a mix of different elements, nature enthusiasts can visit the Dalmia wildlife sanctuary , adventure lovers can take up trekking and climbing on the Dalmia hills. The city of Jamshedpur also has a number of  man-made attractions to visit such as the Jubilee Park, Tata Steel Zoological Park, dimna lake, hudco lake etc. For religiously inclined people the city has the Bhuvaneshwari Temple, which is dedicated to Maa Bhuvaneshwari and Guruvayur temple.

Top 10 Places to Visit in Jamshedpur The Jubilee Park covers a vast area of 225 acres and is situated in the heart of the city.The park is also known as Jayanti Sarovar, the park was... The Keenam stadium is named after Lawrence Keenan who was an employee at Tata steel. He worked with Tata Iron and Steel company for 25 years and... The Tata Steel Zoological Park or Tata Zoo is situated very close to the Jubilee Park and is known as Safari Park. At the zoological park, one...

The Bhuvaneshwari Temple is dedicated to Goddess Bhuvaneshwari, who is also known goddess of the universe.The shrine was developed in 1978 by... The Dimna Lake is situated 13 kms from the city, on barrow of the Dimna hills. The Dimna lake is a man-made reservoir and is the source of...

The Hudco lake is situated very close to the Telco colony. It  is a delightful  place  where people can take shelter from the hustle bustle of...

The Dalma wildlife sanctuary is located in the Dalmia Hills, which is 14 kms away from the heart of Jamshedpur city. The Sanctuary is situated on... Barehipani Falls are on Budhabalanga river in Odisha at a height of almost 399 meters. This tiered waterfall is one of the tallest waterfalls in...

The Joranda fall is situated in the Simipal national park and is the 19th highest waterfall in the country. The falls are located close to other...

Jhilimili is situated amidst the beauty of deep, serene and untouched woods. The woods are covered with trees of teak, Sal and mahogany. The...

Talberia is a lake, which is developed as a picnic spot for the tourist. The lake is situated at a distance of 85 KMs from the heart of Bankura... 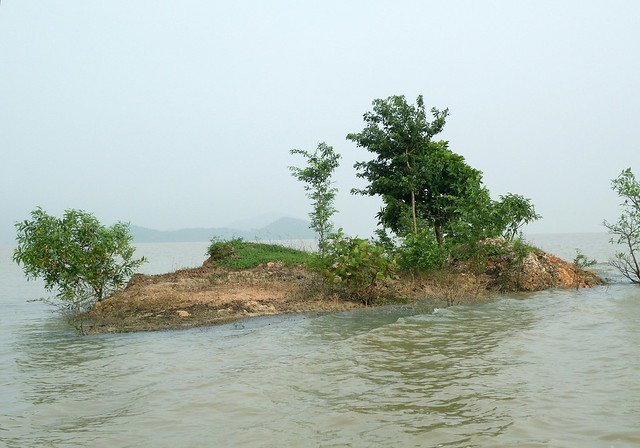 Other travellers left Jamshedpur reviews and tips for you