The newest state of Indian republic, Telangana has was formed in 2014 after division of former Andhra Pradesh State. Hyderabad former capital of united Andhra is now the capital of Telangana. A relatively newer state in the southern part of India, Telangana is has great historic importance. Hyderabad, the capital of the newly formed state Telangana, is known as the City of Nawabs. This city is dotted with old and exquisite mosques and bazaars. The most famous monument in Hyderabad is Charminar which is known for its exquisite Indo-Islamic architecture.

Another famous tourist attraction in Hyderabad is Golconda Fort with several mosques, Halls and royal residences. The Ramoji Film city, a film city complex is also located in the famous town of Hyderabad. The spectacular Salar Jung Museum is also situated in Hyderabad city which quenches the thirst of culture lovers who want to learn the rich and diverse culture of the Nawab rule.

The city is also famous for its succulent and delicious biryani, Haleem and kebabs. The mouth watering dishes are available in almost all streets of Hyderabad town. To explore the ruins and the grandiose of Kings and queens, Warangal is a best place which now houses the National Institute of Technology. Mrugavani National Park and KBR National Park are the places to explore the fauna and fauna of the region.

Select destinations below to checkout tourist places in Telangana. 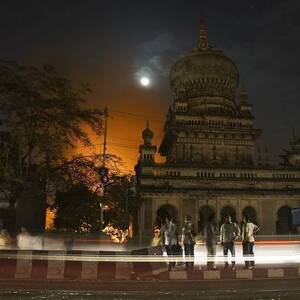 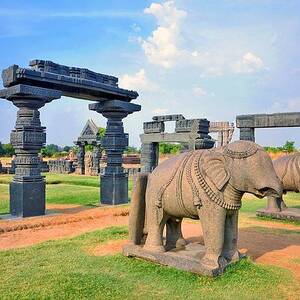