Built to rival the Taj Mahal, Bibi ka Maqbara stands as a monument to Aurangzeb’s wife Rabia-ud-Darani. The Bibi-Ka-Maqbara situated in Aurangabad, Maharashtra symbolises a son love for his mother. The mausoleum was built by Prince Azam Shah for his mother and Aurangzeb’s wife, Rabia-ul-Daurani also known as Dilras Begum. Its construction was started in 1651 AD and continued till 1661 AD.

Shah Alam had been inspired by the Taj Mahal which had been made by his grandfather. Since the tomb appears to be like a miniature version of the Taj it’s also referred to as the Taj of the Deccan. Also known as the Tomb of the lady, the mausoleum was the brainchild of the Architect by Ata-ullah. He was the son of Ustad Ahmed Lahauri, who had played the main role in designing the Taj Mahal. The whole complex is in the form of a hexagon the angles ornamented with minarets. Surrounded by gardens, and approached by a pond, tree lined avenue. The monument has earned the nickname ‘the poor man’s Taj’. Poor but less crowded.

The monument is characterised by a Persian style garden known as the Charbagh. Bibi ka Maqbara structure consists of a white, domed mausoleum and adjoining building interspersed with small recesses spanning 500 yards by 300 yards. It stands on a square-shaped elevated podium and each of its corners is flanked by a minaret. An onion-shaped dome crowns the Maqbara. It can be entered through three sides but the main entrance is towards the South. Also, on the northern side there is a 12-door pavilion or Bara Dari, on the western side there’s a mosque and the Aina Khana or Mirror Chamber is on the eastern side.

Tourists can also add places like Ajanta caves, Ellora Caves and the Aurangabad Fort to their itinerary while visiting the City of Aurangabad. This monument is also known as Dakkhani Taj or Taj of the Deccan. An ancient watermill located approximately 6km out of town. The Panchakki is fed from a spring high in the mountains, and was originally created...

A large mosque, venerated to be one of the very best in India, the Shahgani Masjid is next to the great market square in Aurangabad. Constructed... Popularly known as Salim Ali Talab, this large and beautiful lake is located at Dehli gate, close to the Himayat Bagh on the northern side of the... 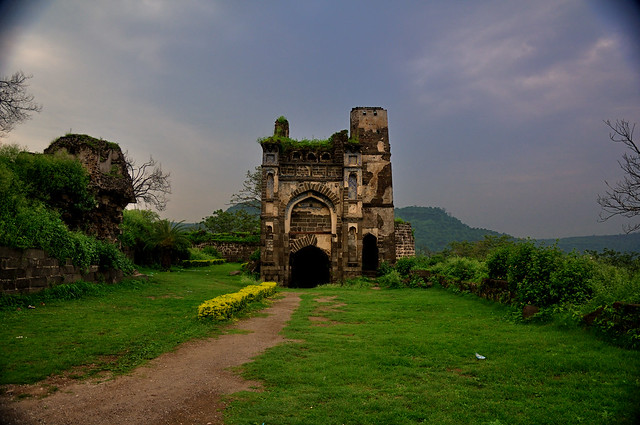 Another one of the must see attractions for Aurangabad, the Daulatabad Fort towers over a conical hill 200 meters high. The fort has a place in...

The gates of Aurangabad, Maharashtra

When the city was built in 1682, the second viceroyalty, in order to protect his wealth and population order construction of a wall to protect it...

Read more
Places to Visit near The gates of Aurangabad 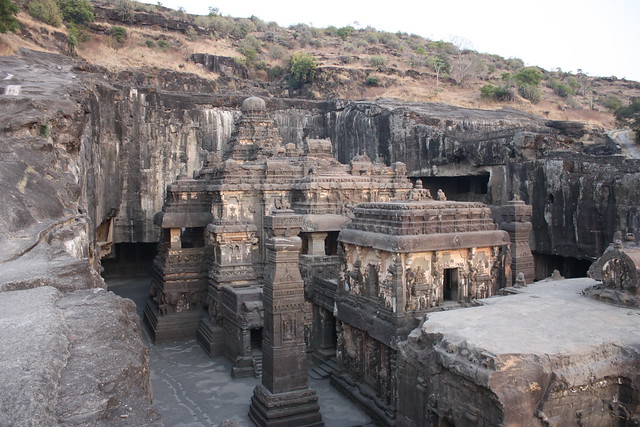 Ellora Caves were designated a world heritage site in 1983, and the whole Ellora cave complex rivals those in the nearby Ajanta caves. 34 sections... One of the 12 temples of the Jyotirlinga, or ‘pillar of light’. Hindu’s will know this as one of only 12 temples in the whole of India....

This small village is located 65 km of Shirdi. The most interesting feature of the village is that the people don’t build their house with door.... 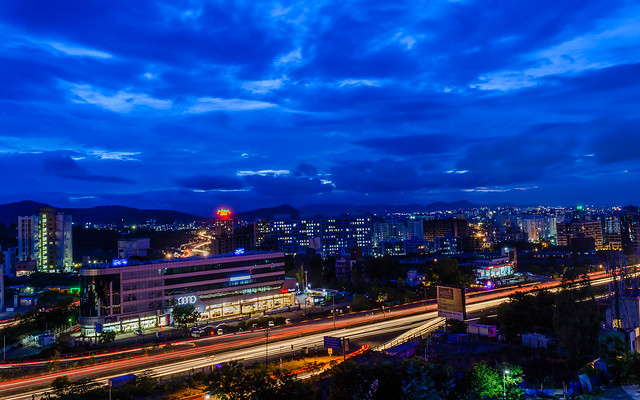 Other travellers left Bibi ka Maqbara reviews and tips for you