Silent Valley Tourism | Places to Visit | Things To Do

Silent Valley National park in Kerala is one of the last remaining still preserved bio diverse region not just in India but world. It is now a protected National park spanning an are of almost 240 square kilometers. Park is composed of evergreen forests and is surrounded by the Kunti River. The National Park provides spectacular views of the Kundali hills which can be found at the Western Ghats.

Story goes that it was called Silent Valley because when it was discovered by Robert Eight the British botanist, apparently due to the fact there were no noisy Cicadas found here. Other stories from longer ago tell the story of Sairandhri, an Hindu queen, spending some 14 years here in exile. Not a bad place to spend 14 years, the valley and surrounding areas have a lot to recommend them. Not least the fact they’ve been invited to apply for membership of UNESCO as a SSSI (Site of Special Scientific Interest).

The valley is home to large populations of endangered species, and is also an extremely bio diverse place because of the forested hills and rich valleys. World's largest population of lion-tailed macaques is found here.

Best place for accommodation in the nearby town of Mukkali and Palakkad is another option. There is an Ayurveda resort nearby at Perinthalmanna. Camping inside national park is not allowed even with prior organization, and if you’re intending to do any trekking within the park it is essential to hire one of the park guides. Visitors without a guide are not allowed.

The park is heavily ‘eco’ focused and has an ‘eco’ shop, stocking indigenous tribal artefacts, (not to be found elsewhere!), as well as some more traditional gifts and supplies. Silent Valley is only 60 Kms from Coimbatore and 190 Kms from Ernakulam. An alternate name for it is “Sairandhrivanam”, after Sairandhiri which is the secret identity of Draupadi, who was the wife of the Pandavas. Legend dictates that the Pandavas had taken shelter here.

For those wanting to spend longer, it’s possible to pay for an overnight expedition for 1 to 3 nights. This can be organized from the website, and should be planned some time before travel to the area. Visitors to the valley should not miss out on the views from the watch tower and museum. Offering magnificent views of the park from up a flight of 300 steps, it’s possible to spot many animals, trees, people and features from this vantage point and it should not be missed.

Tourist can take an elephant safari to explore the park and can admire the view of the forests from the watchtowers.

A widespread protest movement had given birth to the National Park. During the 1950s the state government had taken up the agenda of constructing a dam across the river Kunti to generate electricity. However, keeping in mind, the extent of damage such a project would cause to the environment many Keralites and environmentalists all over the country started to protest against this decision with the help of the media. Indira Gandhi, who had been the Prime Minister during this time also approved of this protest. This led to the setting up of the Silent Valley National Park in 1984. The Vellingri Hills are sacred hills. Trekking up to the temple is as much of an attraction as the temple itself. All around is the green vista of... Dhoni waterfall is located in Dhoni hills near Palakkad. This area is a reserve forest and the surroundings make visiting this small waterfall a...

Malampuzha Gardens are also referred to as the Vrindavan of Kerala. A mixture of water features, tended gardens and lawns. There’s also a rope...

Read more
Places to Visit near Malampuzha Dam and Garden This is a temple to the Hindi God Muragan. It is on a hill 15km west of Coimbatore. It is one of the most important temples to Muragan and it...

The main deity of this temple is Goddess Bhagavathy. This temple is located some 400 meters away from Sri Vilwadrinath temple in Thiruvilwamala.... This temple is dedicated to Shiva, the Destroyer or Transformer and one of the major Hindu gods. It was built in 1000 A.D. The temple  is an... Malappuram, bounded by Nilgiri hills in the east and Arabian Sea in the west, offers a breathtaking view of the coconut fringed coastline. The... 41 kilometers from Coimbatore, this water park offers an aquatic alternative to the Maharaja World and another way to keep cool. There are pools... Nilambur located in Malappuram district of Kerala is famous for its forest and the Teak plantations. The oldest teak plantation named the... This is a unique and fascinating place. The domed structure houses a meditation hall, where a lingam sits powerfully in the center. This granite...

A hidden jewel in the Nilgiri range, the quaint Avalanche Lake is a stunning lake encompassed by thickly wooded area. A visit to Avalanche is a... 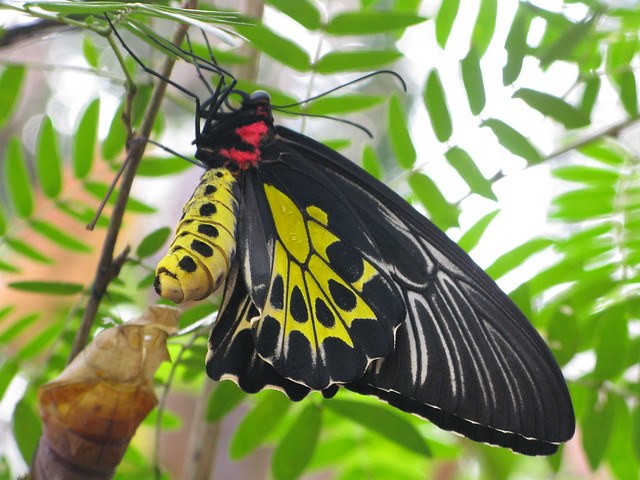 Other travellers left Silent Valley reviews and tips for you

You need to book well in advance for a trip here. More information can be found here, http://silentvalley.gov.in/SilentHome.php
2 likes
Report