Kohima Tourism | Places to Visit | Things To Do

Kohima, a city which is not just explicit for its pretty landscapes but for its brave memory of headstrong battles and conflict. A quiet, detached, self-governing society it was unaware of the worldly wars for power until 1840, when the British came waltzing along to conquer this hilly gem. It took the British around 40 years to overcome the unbendable conflict that came from the courageous Nagas. Kohima in the north eastern part of India is a vibrant and picturesque place.

The city also witnessed one of the most heart-wrenching battles during the Second World War. To honor the valiance and sacrifice of the army, there is a beautiful War Memorial laid down in the city. It is an extremely well-maintained location, and one can witness the panoramic site of the city. A typical Naga town, Kohima is a pretty, green, hill station, with a panoramic view of the breathtaking Naga Hills as it shares its borders with Assam and Manipur. A beautiful wooden entrance, carved with warriors and weapons stands tall at the entrance of the town, as a warm and safe welcome to tourists from all over the world.

The State Museum provides an insight into the cultural factors of the tribes, and also exhibits the evolution of Nagaland through the past centuries. There are 16 major tribes in the state of Nagaland which are documented in the museum. The Kohima Zoo on the hills is an innovative initiative to create an open and natural space for animals rather than the conventional, claustrophobic sanctuary approach.
Adventurers can enjoy the scenic environment of the Japfu Peak around 15 kilometers south from the main city. The second highest peak of Nagaland is home to a rare, mammoth tree of Rhododendron as well as rare species of birds. Trekkers can also savor the essence of Dzukou Valley, around 20 kilometers from Kohima packed with picture perfect nature and its blossoming cascades and flora and fauna.
Sheltered in the eastern frontiers of the Himalayan mountain range, Kohima is noted for its culture, dance and music. There exists a war cemetery of Kohima that was built in memory of the several soldiers who laid down their lives during the World War II. The best time to visit the town is from November to March.

The exotic tribal culture of the town makes it a hot travel destination and the unique food of the Nagas is an added attraction. For food connoisseurs, Naga food is mostly fermented, boiled, or grilled. A lot of meat and fresh herbs are used and the food isn't very spicy or oily.
Travelers with shopaholic inclinations can storm the Naga Bazaar for unique souvenirs and handicraft items. The best time to visit can be anytime of the year, the monsoons drench you with scenic greenery, whereas the winters are equally mesmerizing but extremely chilly.
The climate in Kohima is humid subtropical, which means it is pleasant and moderate throughout the year. Heavy rainfall happens after the summer months. In the first week of December every year, the state tourism department organizes Hornbill Festival, to encourage inter-tribe cultural exchange and to promote tourism in the state. Visitors to Kohima go to the Kohima World War II Cemetery, Kohima Cathedral (biggest in Asia), and Naga Heritage Complex, State museum and sales emporium and Kohima Village. Tourists also visit the nearby Dzukoi Valley, Japfu Peak, Tseminyu town, Khonoma village, Tuophema tourist village and Dzulekie stream.

Naga legend has it that the 'Bara Basti' or the village of Kohima is the second largest and most populous in Asia. The home of the brave and daring, yet simple and innocent Naga tribes, Kohima is unspoilt and great for a relaxing, green vacation away from the hustle bustle of a hectic city schedule. Usually the tourist traffic is high during the season of spring and summer, but honestly it depends on one’s capacity to sustain. So rain, snowfall, clear skies or the sun, pick your favorite, fall for Kohima and GET OUTSIDE.

Top 10 Places to Visit in Kohima The Kohima War Cemetery had been constructed for the soldiers who were laid down during the Second World War. This war burial has been made to...

Nagaland State Museum in Kohima is a popular attraction in the state of Nagaland and displays how the Naga culture had evolved. The museum...

The entry to the Kohima Museum is free of charge on every Thursday to individuals and Veterans. A very meagre amount is charged on all the other...

The Kohima Zoological Garden is one of the most important attractions of Kohima and is frequented by tourists. This zoo is habitat to the diverse... 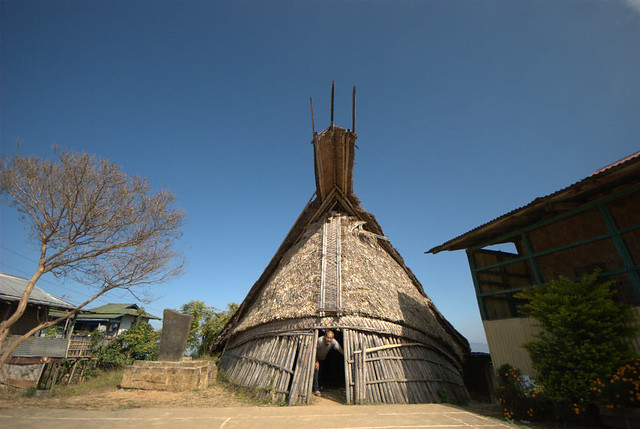 This Naga Heritage Village is an open-air museum, which represents traditional Naga houses and morungs with full-scale log barrels. The biggest...

Standing tall at 3048 mts above sea level is Japfu Peak, the second highest peak in Nagaland. It is about 30 KMs from Kohima and attracts a lot... Touphema Tourist Village is about 100 kms from Dimapur and 41 kms from Kohima and is situated on a hillock surrounded by lush green valley. It is...

The Intaki Wildlife Sanctuary is named in the top 25 sanctuaries to visit with the Indian forest department. The sanctuary is situated at a... Other travellers left Kohima reviews and tips for you