Ujjain Tourism | Places to Visit | Things To Do

In the West Central part of India lies Ujjain also called, Ujain, Ujjayini, Avanti, Avantika, Avantikapuri is an ancient city on the banks of Kshipra River in state of Madhya Pradesh. It is considered to be one of the seven sacred cities of Hindus and boasts of several highly revered temples.

As per the Hindu mythology, a drop of the Amrut, nectar of immortality, which was discovered after Sagar Manthan fell here making this city sacred. In Ujjain one can visit the Sandipani Ashram in which lie paintings of Lord Krishna receiving his teachings. Often, referred to as the 'City of Temples' it is also home to the Mahakaleshwar Temple that embodies one of the twelve Jyotirlingas. The Simhastha Kumbh Mela held every 12 years is a big crowd puller and a highly revered event. Hundreds of thousands pilgrims throng the city during the Kumbh and take holy dip in the Kshipra river.

Apart from that Ujjain is also the host of India's largest fair the 'Kumbh Mela' that is believed to be one of the most extraordinary displays of faith on Earth, a spectacular journey that draws tens of millions of people. However, the climate and heat index pose a bit of a problem for tourists as temperatures rise up 45 degrees making winter the ideal time to visit Ujjain. Also, for the food fanatics make sure you don't miss out on 'Shree Ganga' an epic sweet shop has been satiating Ujjaini sugar cravings since 1949.

Another interesting thing about Ujjain is 'Navarathri' the festival of nine nights, leading up to Dussehra, which is celebrated with particular fervor in Ujjain. Lamps are lit on the large pillars in Harsiddhi Mandir making it a sight to behold. So if you're someone who loves a new experience then Ujjain is one place you can't miss. 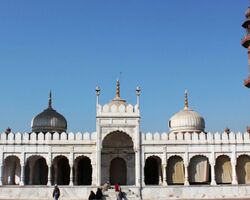 Take a tour of the World Heritage Site of Sanchi Stupa and historic city of Bhopal from Ujjain in a comprehensive... 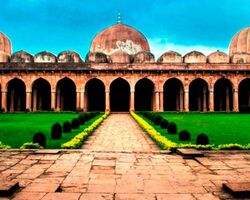 Mandu One Day Sightseeing Tour from Ujjain
From:
₹ 5175

Come take a tour of the ancient fort city of the central Indian state of Madhya Pradesh, explore the best places of... 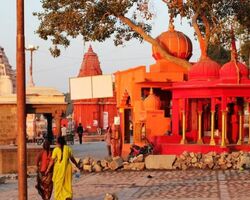 Ujjain goes by many names, Ujjayini, Avanti, Avantika, Avantikapuri are all names for it. Referred to as the 'City... 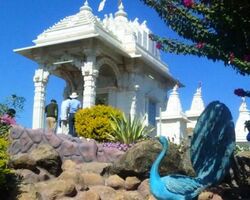 Explore the temple city of Ujjain, a city which boasts a wealth of cultural heritage.  Highlights Visit one of...

Top 10 Places to Visit in Ujjain Maharaja Jai Singh II of Jaipur constructed this Jantar Mantar in Ujjain in 18th century along with four more at Delhi, Jaipur, Mathura and... One of the twelve Jyotirlings in India, the lingam here is believed to be the Syambhu(born of itself). The temple is besides the Rudra Sagar...

The Gopal Mandir in Ujjain is dedicated to Lord Krishna. It is also known as Dwarikadhish Temple. This temple was constructed in the 19th century...

Sandipani Ashram is the ashram of Guru Sandipani where it is believed he taught Lord Krishna along with brother Balram and his friend Sudama....

Situated on the outskirts of the city on the banks of Shipra River, the white Marble Shri Mangalnath Temple is dedicated to Lord Shiva. According... Kal Bhairav is a Shiva's fierce manifestation associated with annihilation.As per a Hindu legend, Kal Bhairav destroyed Brahma's ego when he was...

Situated on the bank of Shipra River on the Triveni Ghat, Navagraha Temple is devoted to Navagraha - the nine heavenly bodies (Grahas) in Hindu...

Believed to be the site of an ancient Sun temple, Kaliadeh Palace is a great place to visit along the banks of Shipra River. Remains of the... Rajwada is a Maratha and Mughal style city palace constructed by the Holkars of the Maratha empire in 1749. It is a royal monument in the heart of... Like several other historical monuments built in Indore, the Bada Ganpati temple was also built by the Holkars. Queen Ahilya Bai Holkar built this... 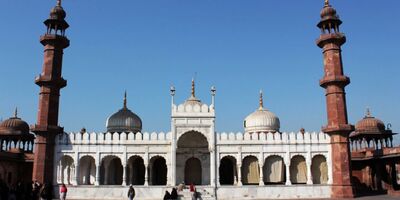 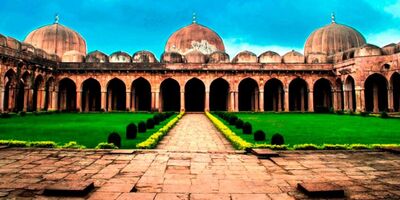 Come take a tour of the ancient fort city of the central Indian state of Madhya Pradesh, explore the best places of historic Mandu. Highlights Take a tour of the places like the Hindola Mahal, Jahaj Mahal, Ashrafi Mahal and many more during this tour. Visit the tomb of the legendary ruler... 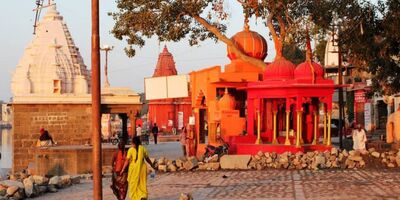 Ujjain goes by many names, Ujjayini, Avanti, Avantika, Avantikapuri are all names for it. Referred to as the 'City of Temples' it is also home to the Mahakaleshwar Temple that embodies one of the twelve Jyotirlingas. Take a 10-hour private tour of the temple town of Madhya... 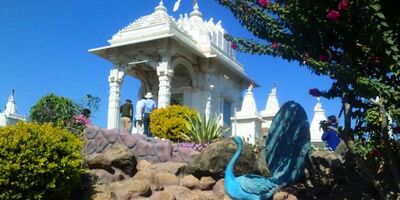 Explore the temple city of Ujjain, a city which boasts a wealth of cultural heritage.  Highlights Visit one of the twelve Jyotirlingas.  Visit the Greenwich of India - the first meridian of longitude – the Tropic of Cancer passes through it – through the Jantar Mantar. A hassle-free...

Other travellers left Ujjain reviews and tips for you