Marine National Park is stunning discovery and stretches 170 km along the coastline and  includes a group of 43 islands, 33 of which are ringed by coral reefs. The Gulf of Kutch National Park provides tourists with an opportunity to admire nature along the seashore. This is India’s first Marine Park which sprawls along the Jamnagar Coast of Gujrat. The park is one of its kind as it houses the rarest of the  flora and fauna. The park houses various types of King crab, Crabs, Hermit crabs, Neptune, Wolf, Ghost crabs, Scorpions, Wiper- Isosceles, Sea slugs etc. The Park covered with Mangrove trees and out of the world 250 kinds of mangroves 60 have been found in this park. The best time to visit the park is from November to March.

The Gulf of Kutch National Park is positioned in a zone which is subjected to both low and high tides. This supports the existence of a wide range of ecological communities which include estuaries, coral reefs, mudflats, creeks, seaweeds and grass, marshy lands, and saline grasslands.

The marine national park was declared as a sanctuary in the year 1980 and National Park was set up in 1982 with the aim of preserving mangroves and corals while following the guidelines Wildlife Protection Act of 1972.

The national park falls in the inter-tidal zone and is swamped by natural volatile waters twice a day. The park has a rich biodiversity and witness’s diverse topographic elements like ranging from coral reefs, mangroves, mudflats, creeks, estuaries, and sandy strands to saline grasslands, marshy areas and rocky shores. You can be a spectator to the beautiful coral reefs, estuaries, , mudflats, creeks, sandy strands to saline grasslands, mangroves, marshy areas and rocky shores all at one place.

It is better that tourist avoid visiting the National Park during the rainy season as the water turns murky. Once in Jamnagar tourist can take a ferry boat and visit any of the 42 islands such as Pirotan, Karubhar, Narala, and Positara. Permission may be required from Forests Office at Ganjiwada, Jamnagar.

Places to Visit near Marine National Park - Gulf of Kutch

Khijadia Bird Sanctuary is situated at a distance of 15 kms from the city of Jamnagar and is spread over a vast area of 6 sq.km. The sanctuary has... 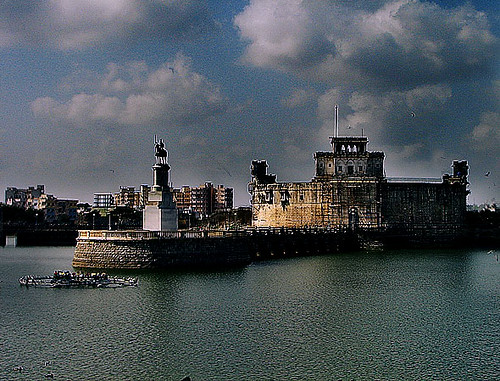 Ranmal Lake is about 8 kms away from city center in Jamnagar. Lakhota Palace and Kotha Bastion are located in the middle of the lake. The Bastion... Bhujio Kotho is known for its historical importance and exquisite surroundings.Bhujio kotho is a lake on whose south side you can find an armory,... Bala Hanuman temple is listed in the Guinness Book of World Records on 1 August 1964 for continuous chanting of the mantra of Lord Hanuman. The... The Balachari Beach is the most popular beach in Jamnagar. Walking along the beach during the dusk and dawn is an unforgettable experience. The...

The GOP Temple is situated on the Porabandar-Jamnagar road. The temple was built during the Maitraka period and is a brilliant example of... Topansar Lake lies in the heart of the port city of Mandvi, about 60 kms from Bhuj. When visiting Kutch, consider visiting Mandvi for its cultural... Mandvi beach is loacted about 60 kms from Bhuj, in the historical port city of Mandvi. In the ancient times it used to be an important location on... Ramkund Stepwell is a square stepwell is located across from the Kutch museum and depicts sculptures from the Ramayan on its walls. The... Kutch Museum is the oldest museum in Gujarat, established in 1887. It has an impressive collection of ancient relics, some of them dating as far... Hamirsar Lake is situated in the town of Bhuj, Gujarat. It is a very large artificial lake constructed by Rao Khengarji about 450 years ago to... A result of 17 years of unappreciated work - Aina Mahal or the Palace of Mirrors was built by master craftsman Ramsinh Malam, after he personally... 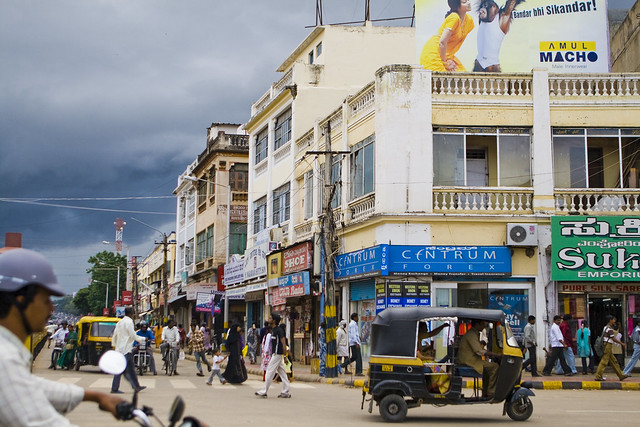