Take a Tour of North Goa, which is known for its beaches in a double-decker bus.    Highlights: Visit the most beautiful beaches of North Goa. Witness the lighthouse & Fort Aguada. Walk across the sandy... 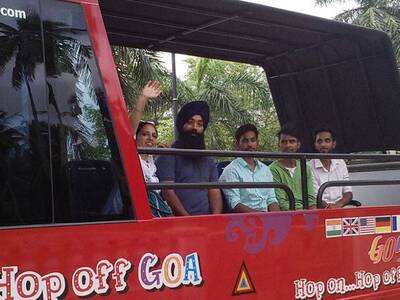 Overview Take a sightseeing tour of the most happening places in North Goa, region of the 'Party Capital of India'. Llet Goa enchant you with its charm and beauty with perfect blend of ethnicity and modernity. In... 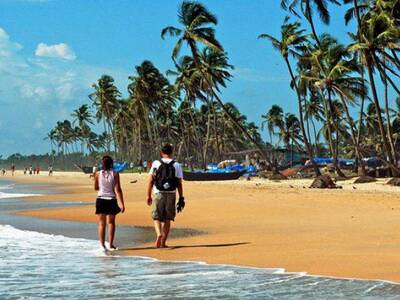 Take a tour of the Southern part of the city of Goa, where scenic beauty meets serenity. It is known for its laid-back lifestyle and mesmerizing environs. Highlights A perfect day tour which takes you around the... 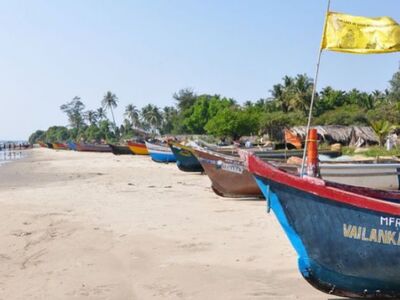 Overview Explore a few of the most attractive tourist destinations of south Goa by taking this 10 hours long Go sightseeing tour via air-conditioned bus. It has a lot of places to visit and know about the existence... 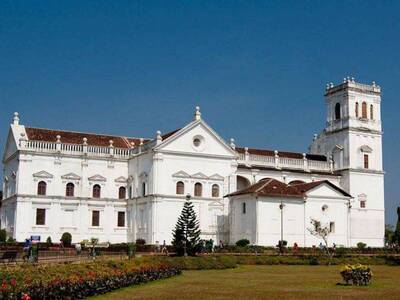 According to the standard size of forts in India, the forts of Goa are small in size but hold a historical, political and economic importance. All the forts are built to protect the territorial waters or domain of Portuguese from the foreign invaders and thus, hold an important cultural significance. These well-sculpted forts successfully break the myth that Goa can only be known for its beautiful beaches. These forts are equally important as its beaches. Some are made from the red laterite rock whereas some are jutted out on the shores of the sea. However, all the forts have their own speciality and importance which can’t be skipped. If you are a curious bird with a curious mind who wants to explore the history of Goa as well as find peace in the solace nature, you must pay a visit to these well-sculpted forts listed below.

Constructed in 1612, Aguada Fort is the largest fort of Goa which attracts the tourists from all around the globe. This fort is undoubtedly the best-preserved bastion till date. It is not a crowd puller just because of its victorious history but for its magnificent location too. The Fort was built to fight against Dutch and Marathas invaders and successfully survived all these years, keeping its well-sculpted walls intact. For all the sightseeing lovers and photographers, the fort has a long expanse of endless blue water in front of it and some interesting features such as four-storey Aguada Lighthouse, Church of St. Lawrence and Aguada Jail. While exploring the area around these structures, one can take some breathtaking pictures of the sunset and the top view from the lighthouse that could be cherished forever. This is a perfect spot to relax and enjoy the ancient beauty with your dear ones.

Built in 1551, Corjuem Fort is situated on the east of the village of Aldona on the river island of Corjuem and is smaller than other forts in Goa. This fort is secluded by the other crowded destinations of Goa and thus, known for its peaceful and calm environment. The area around the Fort is very picturesque and just can’t be missed from the sight of all the nature lovers. One can also visit the cable bridge which connects Corjuem fort to Aldona and is quite a popular tourist destination. The fort is surrounded by lush greenery and is a perfect spot for all the travellers who want to isolate themselves from the chaotic world or spend some private time which their loved ones. If all of this is not enough then, one can also pay a visit to its beautifully designed chapel and Shri Sateri Panchayatan Prasanna temple.

Terekhol Fort, popularly known as Fort Tiracol is situated at the northernmost tip of Goa. One can have a splendid view of the confluence of Terekhol River and the Querim and Kalacha beach from this fort. This well-sculpted fort was built in 17th century by Maharaja Khem Sawant Bhonsle. The view from this fort is a feast for the eyes of its viewers. One can see different paragliders at a time from the top. It is one of the most visited forts and is now converted into an eminent luxurious boutique hotel. Due to the availability of a few rooms, prior bookings are always encouraged. One can spend a lazy morning with a cup of tea or coffee sipping while having a view of the endless deep blue sea from the fort. One can also visit St. Anthony’s church opened on the feast day in the month of May or can pay a visit to Tavern Restaurant Lounge Bar for some breathtaking views.

The Chapora Fort lies on the hill above Vagator beach. It was built by Adil Shah to prevent their territory from Hindu raiders. This fort is the best destination for all the history fanatics seeking to learn about the rich history of Goa. The fort is beautifully built and there are many ramparts from where one can get an amazing view of the Arabian Sea, Chapora River, Morjim beach, Ozran beach, and even the Anjuna beach. The fort is made up of small red laterite stones and is surrounded by green bushes. One can also see some Muslim tombstones and enjoy exploring the rich heritage site. The fort is opened on all days of the week between 10 am to 5:30 pm, however, it is suggested to go early morning or late afternoon to catch a beautiful view of sunrise and sunset.

Erected in 1551, Reis Magos Fort was built by the Portuguese Viceroy Afonso de Noronha. It is located at the northern bank of the river Mandovi and is one of the oldest fort preserved by the Goans. Apart from all the other forts, the government of Goa has taken some special care in the maintenance of this fort. Here, the air is very neat and clean. For all the history lovers, chronological boards have been set up all around to read about the rich history of this fort. This fort has even served as a jail and is recognised as one of the most important forts to hold cultural and heritage importance. People looking to learn about the lifestyle of Portuguese must pay a visit to this magnificent fort. However, the main feature of this fort is Church Reis Magos, known for the colourful Feast of the Three Wise Men which is celebrated every year on 6th January. 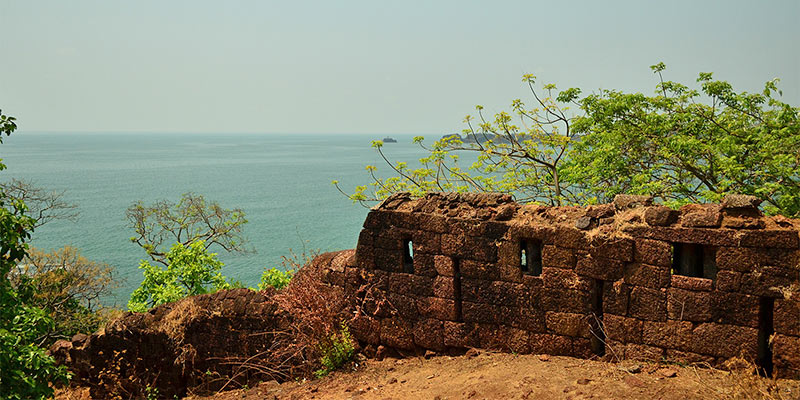 Located in the Canacona region of south Goa, Fort Cabo De Rama is built between the two popular beaches of south Goa, Cavelossim and Agonda. The fort is spread over 18000 square meters and is situated on a small hill above the Cabo de Rama beach. It is believed that Lord Ram spent 14 years of exile at this place and thus, holds religious importance. Although the fort is in ruins, the bridge at the entrance still stays strong. One can also see Gatehouse, moat, ramparts, bastions, 21 cannon guns and a small chapel. One can even offer prayers at the St Antonio Church. Apart from all the interior beautification, one can also enjoy the romantic ambience around this fort. The views of sunset and sunrise that leads to the colourful sky is a feast for the eyes of viewers. Owing to its prime location, one can also enjoy the amazing view of the Arabian Sea and the coastline. 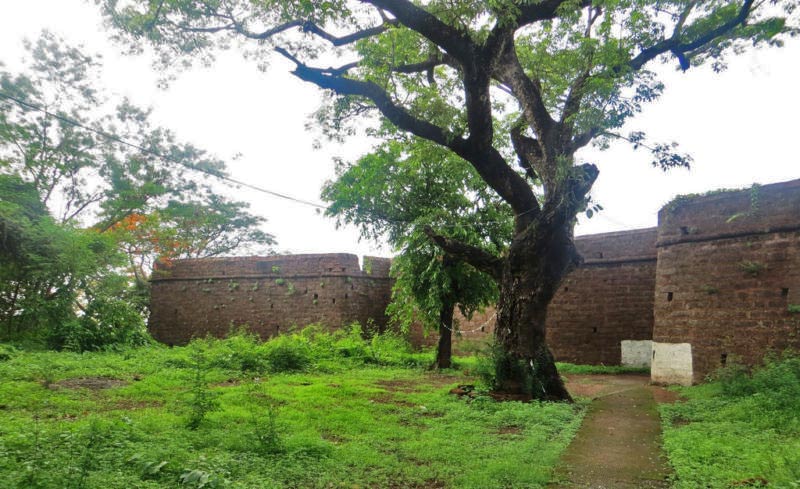 Located to the south of Mormugao Port in South Goa, Mormugao Fort is built by the Portuguese in 1624 in order to protect the territorial waters around the fort. This fort is known for its legacy and rich history. All the history fanatics who want to learn more about the history of Goa must visit this place. The high and thick walls of the fort were mainly built to protect it from all the foreign invaders. Even though not much has left to see, the position of the fort overlooking the scenic Varca beach adds to the scenic beauty for all the lovebirds. Owing to its beautiful location and historical significance, the fort has earned a lot of attention from all the backpackers around the world. During the summer, one can also take a spectacle view of boats lined up on its shore.

Most Famous Forts in Goa

Click below to see more details about each of Goa Fort

Fort Aguada and its lighthouse have been standing guard to protect Goa since the seventeenth century and is the... 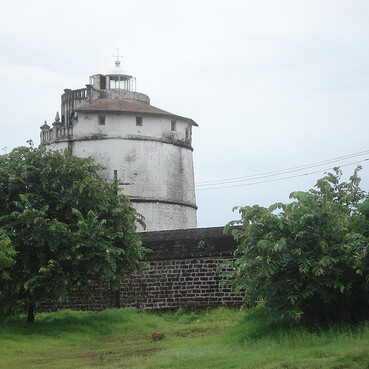 Chapora fort is one of the most famous forts in Goa, located on Vagator beach in North Goa overlooking the Arabian... 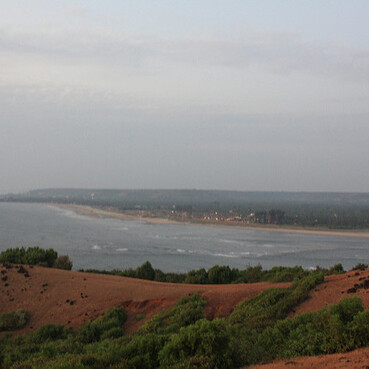 Cabo de Rama Fort, named after Lord Rama, is located in Canacona, Goa, at a distance of 25 Kms from Margao. Best... 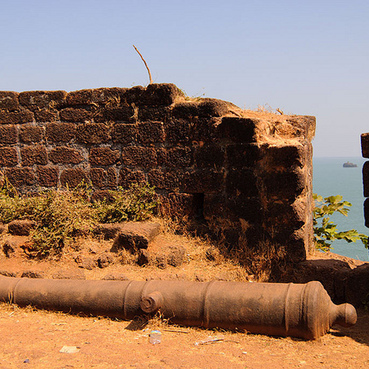 Reis Magos Fort, named after the three wise men from the Bible, is located in Bardez, Goa and was constructed first... 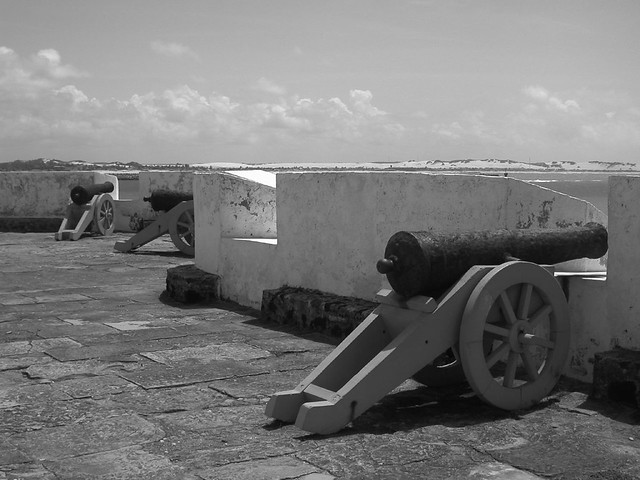 Checkout more Information about each attraction

Se Cathedral is a beautiful and highly revered 16th century cathedral is dedicated to St. Catherine of Alexandria... 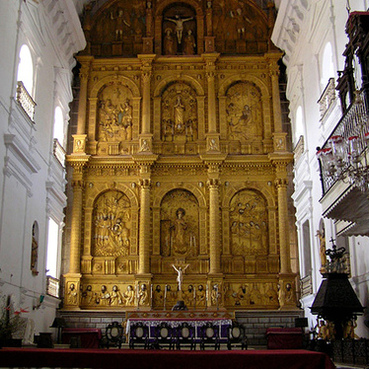 Church of St. Francis of Assisi is Roman Catholic church located in Old Goa, about 10 kms from Panaji, was... 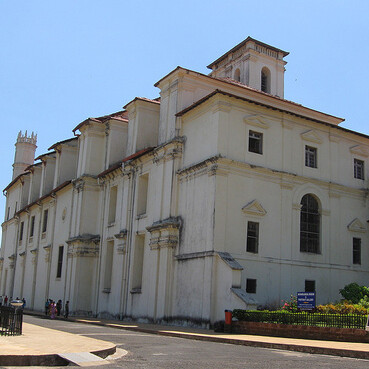 Church of St. Francis of Assisi One of the most spectacular monuments of Goa, ruins of Church and Monastery of St Augustine consists of a 46 m high... 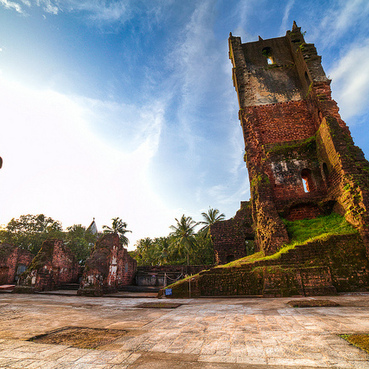 Looking for a specific or customized trip? No worries!

Tell us your requirements and get custom quotes within 24 hours.

Known for its stunning monuments, in the 'Pink City' See the magnificent Forts of Jaipur - Visit and Explore the...

Must Visit Forts in Jaipur - Top Jaipur Forts Worth a Visit

Checkout the best and most popular hill stations near Delhi. Plan a weekend trip or a holiday with your friends or...

Whether you're a party person, sunbather or water-sports enthusiast , here are 12 of the best beaches in North Goa...

Goa is so much more than just its beaches, shacks, flea markets and heritage sites. For those who haven’t been in...

14 Must Visit and Famous Churches in Goa

Gorgeous Beaches in South Goa You Must See

9 Gorgeous Beaches in South Goa You Must Visit

9 Best Beaches In and Around Chennai

India is one of the most culturally rich and diverse countries in the entire world and showcases a plethora of...

30 Famous Landmarks and Must Visit Monuments of India