Bijapur Tourism | Places to Visit | Things To Do

Bijapur was once the humble abode of the royal dynasty of Adil Shahi. Bijapur lies in the southern Indian state of Karnataka. The city is well known for a variety of architectural monuments which have been established by Adil Shahi in 15th -16th century. The city, originally named Vijayanagara, was founded in the 10th century by the Chalukyas. By 1347, when the city was being ruled by the Bahmani Sultanate of Gulbarga, the city was referred to as Vijapur or Bijapur. Incidentally, the name originates from the word ‘beej’ meaning seed. In 13th century, the city was slowly undertaken by the Muslim Dynasty. It was under the rule of Adil Shahi when the city has undergone a major makeover by the monuments with rich architectural styles. During his period, the city had a series of constructions which resulted to 50 mosques, 20 tombs and a number of Palaces in Bijapur. As it so happened, the city proved to be the birthplace for historical, religious and cultural heritage.

Those who are interested in history will surely enjoy visiting the many palaces and tombs in Bijapur. The Gol Gumbaz mausoleum sits among tranquil gardens; the tombs of Emperor Adil Shahi, his two wives, daughter and mistress lie here. The Citadel is also an interesting sight for history buffs. The fortified segment once enclosed the royal durbar, gardens and palaces of the Adil Shahi reign. The Ibrahim Rouza, Jama Masjid, Archaeological Museum and Malik-e-Maidan are other popular sights. Mosques and temples in Bijapur provide a memorable experience. The Wildlife Sanctuary nearby the Bijapur Castle adds more adventures in your tour.

An important community that emerged, that of the Lingayats, founded by Basavanna, persists even today. The Lingayat Siddeshwara Festival is a prominent festival, spanning eight days during the months of January or February. The town even witnessed a Sufism movement. The Karnataka Government organizes the “Music Festival” in Bijapur where musicians and singers from all over India participate. The “Urs” festival of Asar Mahal is celebrated in the month of September every year. The Siddeshwara Car Festival which is celebrated in January is also famous among Hindus.
Typical South Indian foods are available in Bijapur. There are also other continental cuisines available in Bijapur. The city is famous for Mughlai and Hyderabadi cuisines as well. Tourists should not forget to taste some lip-smacking dessert of Bijapur, namely the Milk Cake. Tourists must never forget to carry along some local souvenirs from Bijapur. The city is renowned form Ilkal Saris, Guledgudda Handlooms, Lambani Jewellery, handicrafts and many others.

Top 10 Places to Visit in Bijapur One of the distinct portions of Bijapur city, Citadel was established by Yusuf Adil Shah in 1566. Inside the citadel there are many remains of... Gagan Mahal, dating back to 15th century was once a “Durbar Hall” for Sultan Ali I. Tourists can come across three arches among which the...

Toravi Narashima Temple is located nearby “Adil Shah Sangeeta Mahal”. It is built underground. The people in Toravi visit the temple every... This Mahal is located nearby Jama Masjid in Bijapur. Being Established in 16th century By Mohammed Adil Shah, the place is also termed as... Malik-e-Maidan is the prime attraction in Bijapur which houses world’s largest medieval cannon in it. The name means “The Monarch of...

The Ibrahim Roza Tomb in Bijapur is surrounded by beautiful garden. The tomb was built for Sultan Ibrahim Adil Shah II. As per history that this... The ornamental gateway in Bijapur, Mehtar Mahal is also termed as “Sweeper’s Palace”. This palace was established in 1620 AD. The Mahal...

Ali Adil Shah built this Jama Masjid in 15th century after winning over the Talikota in a battle. Sprawling across 10,810 acres, Jama Masjid has... Gol Gumbaz which means "Round Dome"  is the mausoleum of Bijapur Sultan Mohammed Adil Shah. This tomb is the standing example of structural...

The ancient archeological discoveries at Hattarsang Kudal have put this location on the popular destinations map. The Harihareshwar temple and the... Kudalasangama or Kudala Sangama is an 800 year old pilgrim center. Kudalasangama is located 90 KMs away from Bijapur. It is thronged by people... Dedicated to a popular saint called Revansiddeshwara, Revan Siddeshwar Temple is a very old temple located close to the animal zoo and Sambhaji... 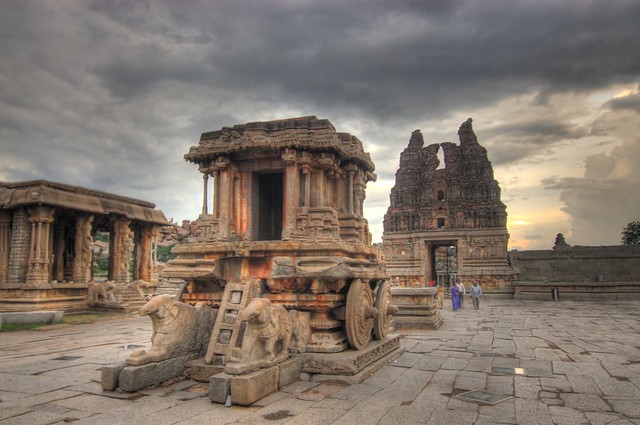 Other travellers left Bijapur reviews and tips for you

Bijapur also is called Vijapur, so do not get confused when you read that on you ticket or hear someone say that.
4 likes
Report