Hassan Tourism | Places to Visit | Things To Do

Being a temple architectural capital, Hassan is one of the important districts in  the Karnataka State of south India. Located at an altitude of 934 m above sea level, Hassan is a city of pleasant climate. The city was under the control of the Hoysala Dynasty from 11th century till 14th century. The finest Shiva temples in and around Hassan was built by the Hoysala when the rulers was at the peak bringing in every place in southern India under their control. However, an earlier ruler of Hassan was the Jain. Hassan is the home town for Master Control Facility for ISRO (Indian Space Research Organization).  This credit goes to a Chieftain, Channa Krishnappa Naik.

Hassamba, the powerful Goddess resides over the temple in Hassan, which got its name from the Goddess. A fair is organized every second week of October when the Hassamba Temple is opened for devotees. The major occupation of Hassan is agriculture.  Hassan serves as a base from where the tourists can visit many other monuments.

There are lots of sightseeing to be done by tourists in and around Hassan. The splendid architecture of various temples in Belur, Shravanabelagola, Halebid, etc. are strikingly beautiful. Hassan offers accommodations ranging from budget hotels to luxurious resorts. Most of these hotels also offer package tours to travellers. The local cuisine of Hassan includes dishes made up of ragi, rice, jowar, bajra, etc. Hassan cuisines are the mixture of Kodagu, Mysore and Dakshina Kannada recipes.

Tourists must taste several recipes like Ragi mudde, Kadabu, Sandige, Talipittu, Midigayi Pickle, etc. Iyengars, the important community from Hassan, are the founders of delicious bakery items like cakes, puffs, breads, etc. Tourists can also pack some of these items while going out for sightseeing. The city is famous for silk, ivory and sandalwood crafts. The craftsmanship is more intricate and one can never stop buying these items. There are many shopping areas in Hassan.

Travel to Hassan and you will surely have a memorable experience.

Top 10 Places to Visit in Hassan

The District Museum of Hassan is located in Maharaja Park. Being established in 1977, the museum has enormous antiquities of archaeological...

The main deity of this temple is “Goddess Shakti” named Hasanamba. Dating back to 800 years, the inner chamber of the temple will be opened... Koravangala is well renowned for the Bucesvara (Bucheshwara Temple). In 11th century, a rich officer named Buchiraja constructed this simple yet...

Mosale is well known as “Hidden Gem” in academic and archaeological communities. Main occupation in this village is agriculture. The elegant... Lakshmi Devi Temple is located in Doddagaddavalli of Hassan District of Karnataka. Vishnuvaradhana, a King of Hoysalas Dynasty constructed this... 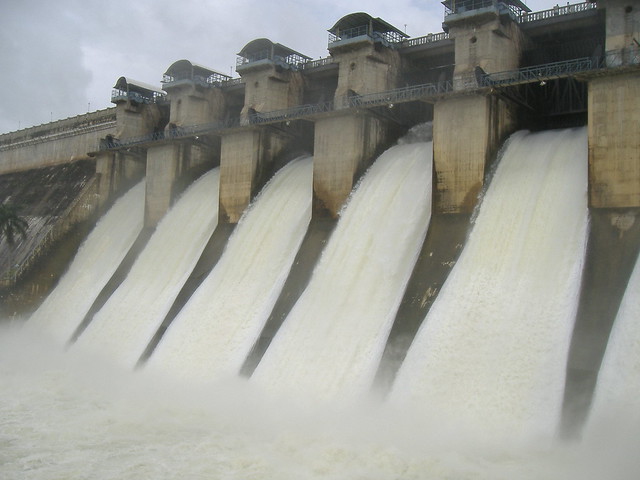 If the tourists want to relax for a while from visiting many pilgrim centers and temples in Hassan, they can stop over the Gorur Dam. Gorur is... Walk among the coconut trees and flowers of the grounds of this temple. It was finished  in 1121 CE and is dedicated to Shiva. The temple boasts... Kedareswara Temple is the other not to miss temple in Halebidu.  Some of the sculptures here detail stories from the Mahabharata, Bhagavad Gita... Darpan Sundari, or The Lady With the Mirror, is one of the must-sees sculptures inside the Chennakeshava Temple. A sculpture found within the... Kappe Chennigaraya Temple is a small shrine that can be found close to the Chennakeshava Temple. There is a story behind the temple: a father,... From a short distance, this is a magnificent and imperial looking structure. From closer up, the intricacy becomes more apparent. The temple is...

This pillar located inside Chennakesava Temple (Keshava Temple). Visitors should avoid the temptation to knock this structure over :) - this... Other travellers left Hassan reviews and tips for you