Kannur Tourism | Places to Visit | Things To Do

In the gentle embrace of God’s own country, Kannur is a vivacious land, which has sheltered diverse generations filled with distinctive cultures, with an immense, interesting past and the glory of majestic beaches. Formerly christened as Cannanore, it was one of the most crucial ports during the colonial age, and now is widely recognized as the Land of Looms and Lores. Kannur was also a major international centre centuries ago; this city has truly embarked journeys which will teleport a traveler to a different era.

When in Kannur, a brief voyage to the St Angelo’s Fort becomes a necessity. Built in 1505 by India’s first Portuguese Viceroy Dom Francisco de Almeida, it is situated around 3 kilometers away from the city on the magnificent coast of Arabian Sea in the Kannur Cantonment Area, the only British Cantonment of Kerala. The fort is packed with stories of strength and siege where the power tumbled from the hands of the Portuguese to the Dutch to Raja of Arakkal and finally in the hands of the British until Independence. The fort is now functions for tourism purposes under the guidance of the Archeological Survey of India and is impeccably nurtured. The lighthouse in the fort is quite a tourist magnet. It was originally built by the British government and then moved to the northern bastion of the castle.
Kannur is also popularly known as the Land of Lord Krishna. The Kadalayi Shree Krishna temple is a very popular tourist spot in the South Eastern part of the city and is visited by many pilgrims. Often called the 'Land of Looms' the city is widely known for handlooms and the exquisite works with intricate details are worth a purchase.

The Arakkal Museum in Kannur, is dedicated to the imperial family of Arakkul, it is an important aspect of the Kannur history, as it was the only royalty of Islamic background to have ruled over the city. A part of the palace has been transformed into a museum which displays various artifacts belonging to the Arakkal family which narrates their prosperous presence in Kannur.
If travelers don’t immerse their feet in the magical sands of Kannur, their journey will be incomplete without any doubt. Travelers should definitely explore one of the most beautiful coast lines of Payyambalam. Tourists can escape from city’s hustle and opt to relax on the Kannur beaches like Payyambalam Beach, Dharmadam Beach, Ezhimala Beach etc. There is a park adjoining the beach and the location has successfully manifested itself in various media representations. Such is the beauty of this place. The beaches of Thottada, Meenkunnu and Muzhappilangad shouldn’t be missed as well. Take the Azhikkal ferry to experience the setting sun in the Arabian Sea and to see the confluence of Valapattanam River and the Arabian Sea. Kannur is the headquarters of many important military and naval establishments.
Aralam Wildlife Sanctuary which is at an accessible distance of 66 kilometers away from the city is worth exploring. There is a diverse amalgamation of mammals (23 species), birds (188 species), reptiles (22 species) and fishes (39 species).

Kannur also portrays rich culture and is popular for its displays of traditional arts performed during festivals. Kannur is also home to a few hill Stations and rivers that provide a breath-taking spot to view the sunrise. While visiting Kannur we would suggest planning the trip during winter because the summer temperatures are rather hot and humid.
What is really interesting about Kannur is how it reflects the diversity of culture and its simplistic lifestyle that is sure to make you feel at home. The next time your metro promenade drive doesn’t hit you the way it should, head towards Kannur. Take that backpack and trekking shoes and just GET OUTISDE.

Top 10 Places to Visit in Kannur Just 2 Kms from the Kannur town lies the Payyambalam Beach. Away from the hustle and bustle of town, this beach is a popular tourist spot. The... Being Kerala’s one and only Drive-in Beach, Muzhapilangad is located some 15 km from Kannur in Kerala State of Southern India. The stretch of 4... Aralam Wildlife Sanctuary located in the northernmost part of Kerala and slopes of Western Ghats in areas of Aralam, Kelakam and Kottiyoor.... Payyoli is a beach that attracts many tourists as it offers the best of the tranquil surroundings. Other than the serene environment one can enjoy...

Legend has it that the Thikkoti lighthouse was built over a hundred years ago on the remains of a shipwreck that happened on VelliyamkalluRock....

Another historical stop in Kozhikode is Kappad Beach, famous as the beach where Vasco Da Gama landed May 20, 1498 and opened the routes from... Soaring high and tall against the rocky shore of Arabian Sea, Bekal Fort situated in the small village of Pallikkara, Kasargod district is one of... Bekal Fort Beach is a long stretch of golden sand that lies adjacent to the Bekal Fort. The site of the beach has been improved by the local...

Just a kilometer north of Bekal Fort lies this fun day out for all the family called Bekal Hole Aqua Park. There are pedal boats, water rides and... 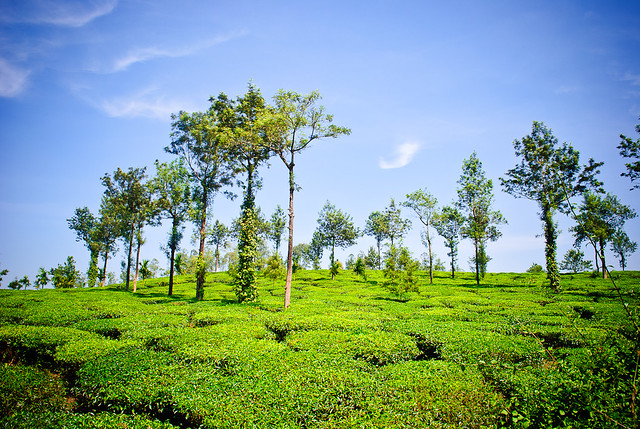 Other travellers left Kannur reviews and tips for you

Bekal Fort is only 75km from here, one should plan to visit Bekal as well. You can either hire a cab or take a train/bus to Bekal from Kannur.
I like it
Report

Kannur is a nice, quiet place to relax and unwind. Its not a party place, there are no beach shacks like Goa here.
I like it
Report