Bhubaneswar Tourism | Places to Visit | Things To Do

Bhubaneswar is the capital of Orissa popularly known as the temple city of India. This mystic city is famous as it is the seat of Lord Lingraj, which makes it a holy place for the Hindu pilgrims. The city has a rich history, which dates back more than 2000 years.  According to the legends, the Hindu rulers used to rule here between the seventh to the thirteenth century. In 1936, the city came under the control of the Britishers and the capital of Orissa was shifted to Cuttack. In 1947 after Indian Independence, the capital shifted back to Bhubaneswar due to high vulnerability of floods in Cuttack.  German Architect, Otto H. Koeingsberges designed this Landmark city.

The capital city is famous for its architectural marvel and majestic temples. The city has become a hub for trade and commerce. Bhubaneswar houses more than 500 temples, some of the most famous ones are Lingaraj Temple, Vaital Temple, Mukteswar Temple, Bindu Sagar, Shatrughaneswar Temple, Parashurameswar Temple and Raj Rani Temple. Set in the Mahanadi Delta, the present city is a happening place with top class infrastructure. The city forms a part of the Golden Triangle.

The Regional Plant Resource Center in the city maintains the largest rose garden in the country. It offers a unique shopping experience to the travelers; you can buy the Ikat sarees, cane furniture, Pipli appliqué work and Bidri-ware during your visit to Porabandar. For archaeological lovers and excavators, it has Dhauli hills, Khandagairi and Udayagiri caves. The city earlier had been known as Ekamra Kshetra, which displays and signifies the union of Lord Shiva and Goddess Parvati.  To mark this occasion the city celebrates a 10-day festival in the month of January. This festival features Rajarani Music Festival, Mukteshwar Dance Festival, Food Fest, National Handloom, Handicrafts Mela and Kalinga Mahotsav. Bhubaneswar has a variety of destinations, which makes the trip a memorable experience.

Top 10 Places to Visit in Bhubaneswar Nicco park is an amusement park, which has been made in 1997 with the collaboration of Nicco Japan and the BDA. The park is situated in the heart... The ISKCON temple is located in the heart of the Bhubaneswar city. The temple houses the deities of Lord Krishna, Raadha, Balram, Jagannath,...

The Indira Gandhi Park is a place of historical importance. It is the place where late Mrs. Indira Gandhi delivered her last speech. The park... The high rising pinnacle of the Ram Mandir makes it visible from all over the city. The temple houses beautiful images of Lord Ram Goddess Sita... The history of the Orissa State Museum dates back to 1932 when two famous historians named Professor N. C. Banerjee and Professor Ghanshyam Das... The word Udayagiri means the hill of the sunrise and the caves represent Jain’s rock-cut shelters. These caves have an architectural, religious... 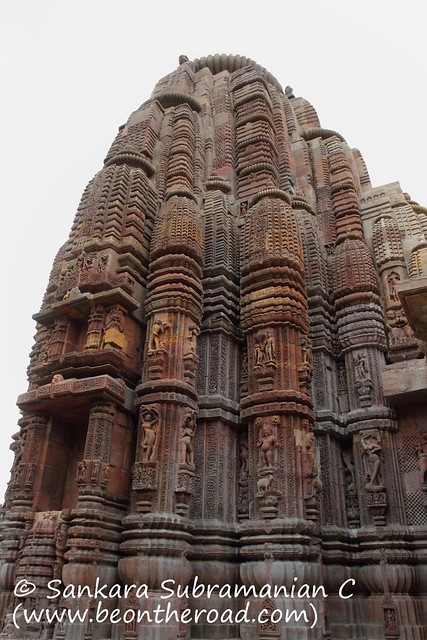 The Rajarani Temple is a unique one to visit. The distinctive characteristic of the temple is that it is not associated with any god or goddess.... The Lingaraj Temple is the best example of majestic monuments inspired from Oriyan architectural style and artisanship. The edifice of the temple... The Mukteswara temple had been built in 950 A.D.  It displays the ancient and modern Kalinga architecture. The word “Mukteswara”   means... The Bhameshwara Temple is dedicated to Lord Bhameshwara, who is said to be an incarnation of Lord Shiva. The temple had been built in the 11th... The Sixty Four Yogini temple was built in 9-10 century A.D. The Yogini temple is located at Hirapur, which is at a distance of 15 km from East of... Dhauli Giri has a historical importance. The plains of Dhaulagiri are the place where the battle of Kalinga took place and later remorse by... Other travellers left Bhubaneswar reviews and tips for you