Madurai Tourism | Places to Visit | Things To Do

Madurai, one of the oldest cities in the world is also one of the largest cities in Tamil Nadu. Madurai is famous throughout the word for the Meenakshi temple but it just one of the many attraction this city offers. Meenakshi temple dedicated to Goddess Parvati and Lord Shiva is easily one of the most famous temples of South India. Madurai is the best place to visit if you want to experience the rich Tamil culture and its and architectural heritage. Due to its exquisite architecture and historical significance, Madurai is also called ‘Athens of the East'.

It has a recorded history from the third century BC. Madurai came under British rule in 1801. But Gandhi also has a link with the city; it was here that he first started wearing loincloth. Sometimes called the 'City of Temples' with so many places to visit in Madurai especially temples, it makes sense that the first activity in Madurai is sightseeing. The city has a deep and fascinating history, and it is up to visitors to decide how much they want to explore the city.
Eating outside is one way to eat cheap in Mudarai. Try the ‘evening mutton stalls,’ for a spicy, cheap and filling non-vegetarian meal. Kothhu Parotha is another roadside treat, a vegetarian version is available- Mutai Kotthu Parotha. The area around Meenakshi Temple is the area to look for most kinds of shopping. Cotton saris, Brass works, Tanjore Paintings, Handicrafts and antiques are all products that the city is famous for.

Adventurous travelers can check out the Bull Run in January. Fighting bulls is highly dangerous, but watching is less so. This tradition is not as brutal as its counterpart in Spain; the matadors have no weapons and are not trying to kill the bull. Animal rights groups still oppose the practice and there is controversy surrounding it. Spectators must keep a safe distance and must not take part. The ancient city of Madurai is also famous for the less controversial Chithrai Festival that takes place in April or May. It is a twelve day Hindu festival that attracts millions to the city.

Constructed in the 17th century, Thirumalai Nayak Palace is the second most popular tourist place in Madurai. It is located about a kilometer from Meenakshi Amman Temple. The Gandhi Memorial Museum, Madurai museum and Temple Art Museum are some the museums that can also be visited to learn more about the city and its history.

The Banana market, Vandiyur Mariamman Temple are other important places can be visited by tourists. Vagai Dam located about 67 Km from the city and Idaikuttur Church about 36 Km from Madurai are short excursions that can be taken.

Be aware of pick-pocketing and petty theft in Madurai. Watch out for guides and touts whose goal is to sell to tourists or overcharge for services. Madurai people are friendly, but proud, so jokes about Madurai, or personal jokes about a person or his family should be avoided. Women should avoid provocative clothing or being out alone late at night.

One can fly to Madurai in Tamil Nadu or get the train to the city. A major city and hub in Tamil Nadu, it’s not difficult to get to a city with a well-served airport and train station. There are also frequent bus services to other major South Indian cities like Chennai and Bangalore and across Tamil Nadu.

The famous hill station of Kodaikanal is only about 115 Km from Madurai. 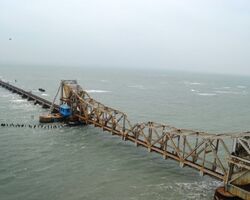 OVERVIEW Want to escape from the city chaos and monotonous work life? Take a day tour from Madurai to Rameswaram...

Top 10 Places to Visit in Madurai Dedicated to goddess Goddess Parvati (Meenakshi) and her husband Lord Shiva, many visit Mudarai just to see Meenakshi Amman Temple. There are four... This is the remains of the palace of king Thirumalai Nayak who built it in 1636 with the help of an Italian architect. He was a ruler who helped... India has many temples, but how many are built in the center of a manmade pond? How many have a turret that is lit up at night, creating its... This temple is worshipped by Hindus and Muslims alike. It is dedicated to the  Lord Subramanya, and there is a Muslim shrine here too, dedicated... Interestingly, Madurai is surrounded by eight hills. Samanar Hill was where Tamil Jains used to come to escape the persecution they feared from... Dedicated to the Goddess Subramanya, this is one of the most respected and revered temples in Tamil Nadu. The tapered turret of the temple follows... This Vishnu temple is on Solaimalai Hill. Out of Madurai by 21 kilometers, here on the hill the air is fresher and cleaner, the trees sway easily... Nagarmalai, or Snake Hill, has such a local biodiversity of snakes that the government is considering opening a snake park here. The top of the...

The University was established in 1956. The University has a campus of 200 acres. The setting is rural and beautiful, set in the Suramalai range....

This temple is in the village of Chinnalapatti. This little village is 15 kilometers from Dindigul. The idol contrasts with the temple itself, as...

Begambar mosque is not only big, it is also a mosque with a history. It is three hundred years old. Ammer-un-Nisha Begum, the younger sister of... 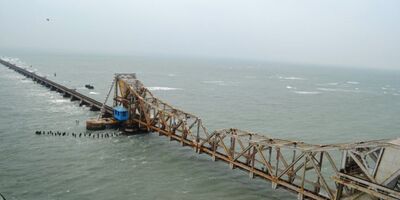 OVERVIEW Want to escape from the city chaos and monotonous work life? Take a day tour from Madurai to Rameswaram and let yourself indulge in the serenity and peaceful environments of the pilgrimage city.   HIGHLIGHTS Visit the famous pilgrimage places namely Agni Theertham, Panchamukha...

Other travellers left Madurai reviews and tips for you

Admin
Two wheelers are the best way to explore. Cycle rickshaws are preferred mode of local transport for small distances and are available at nominal rates