Jalandhar Tourism | Places to Visit | Things To Do

Located in the Grand Trunk Road, Jalandhar is one of the oldest cities in North-Western State of India called Punjab. Jalandhar also served as the capital city for the Punjab State until Chandigarh was established. The Existence of Jalandhar dates back to the 1st century. The area between Beas and Sutlej rivers, termed as Jalandhar Doab was the eastern border for the great Alexander Empire. Being a less populated city, Jalandhar is quickly urbanized in the recent years. Commercial activities are booming in Jalandhar. Jalandhar is a busy trading center for Sports Goods, Glass and Furniture industries. There are enormous hospitals in this city.

Jalandhar faced many historical happenings which include the ancient, medieval and modern time periods. Jalandhar city played a vital role in Indus Valley civilization. Kanishka Dynasty, Mughal Empire, Lodhi Dynasty, etc. which took over the control of the city in respective time periods. In modern era, Bhagat Singh played a vital role in our independence struggle and was assassinated which in turn had a huge impact over Jalandhar.

There are quite a range of hotels in Jalandhar from first class to budget hotels. Some of them are the Country Inn and Suite’s Carlson, Hotel Radisson, Ramada City Center, Hotel Maharaja residency, Regent Park Hotel, etc.

You have to taste some of the authentic Punjabi delicacies in Jalandhar like Makki Roti, Sarson da saag, Channa Batura, Shahi Panneer, Kheer Aloo Ka Paratha, Lassi and many others. Some of the best restaurants are Vijay Dhaba, Lucky Vaishno Dhaba, Radhey radhey, Havelli Restaurant, Rangla Punjab, etc. 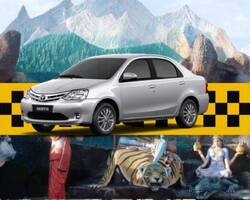 Hassle-free one-way drop from the city of Gurgaon to Jalandhar, a city which houses a centuries-old Durga...

Top 10 Places to Visit in Jalandhar

Besides being a religious center, Tulsi Mandir is also an ancient Monument in Kot Kishan Chand Locality. The Mandir is dedicated to Vrindha, wife...

This Gurudwara has most historical significance. It is located in Kartarpur and was dedicated to 5th Guru Arjun Dev Ji and 6th Guru Hargobind Ji....

As per Historical facts, when Guru Hargobind visited the Jalandhar city on his trip to Doaba area, the guru offered an interview to Islamic Holy... The current temple is the renovated form of the older one. The Devi Talab Mandir is very sacred for Hindus and is dedicated to Tirpurmalini...

Shiva Mandir in Jalandhar dates back to Lodhi Era. Nawab of Sultanpur was believed to have built this Mandir for Lord Shiva. As per historical...

Maharaja Ranjit Singh fort now occupied by the young cadets of Punjab Police, has been converted to a Punjab police academy in 1892. In 1807...

Kwaja Azam Kothi is associated with Khwaja Azam who was a renowned nationalist leader of Ahrari movement who always opposed the two nation theory.... Clock Tower or popularly known as Ghanta Ghar is supposedly 100 years old. Though standing erect in the crowded Chowra bazaar marketplace, it is...

Museum of Rural Life of Punjab located at the Punjab Agricultural University is a must see museum as it will take you through the life of an...

Maharaja Ranjit Singh War memorial is a tribute to the gallant heroes of Punjab. A must visit for all those who would want to acquaint one self...

City Kotwali is about 173 years old is now a Police station at Ludhiana. Though it is not an architectural delight to cherish, but surely it is a... Gurdwara Dukh Nivaran Sahib is situated in what used to be the village of Lehal, now part of Patiala city. The place was graced by the ninth... 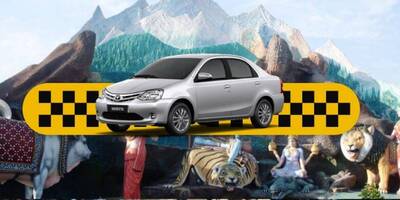 Other travellers left Jalandhar reviews and tips for you