Dalhousie Tourism | Places to Visit | Things To Do

Dalhousie, a scenic hill station town seated on the western edges of Dhauladhar Range of Himalayas, was founded by Lord Dalhousie in India and has been named after him. This quaint town which still echoes the colonial charm of British Raj was once the favorite summer retreat for the entire British regime. It is built on and around five little hills, Kathalagh, Tehra, Bakrota, Bhangora and Potrien. These hills are nestled beside each other forming a beautiful cocoon of valleys that lay hidden for a long time.

The rulers of Chamba were secluded from the peering eyes of Sultans and others due to the lack of proximity. Thus, they were able to live there for a long time. Dalhousie is known for its great mountains, sweeping meadows, sprawling valleys and enchanting views of the brilliant snow peaked Himalayas ahead. The numerous trekking trails that vein down through the mixed terrain of rocky cliffs, dense pinewoods, thick shrubberies and lush mountain glades, mark some strategic locations to gaze at Mother nature’s masterpiece. This natural artwork adds to the splendor of this place.

Dalhousie’s malls, originally paved by British to accommodate their promenades, carriages, horses and such with fantastic views, prove to be a delight for both novice and serious trekkers. Dalhousie is well connected with Amritsar, Pathankot by bus and private cabs are easily available. Dalhousie is a popular honeymoon spot.

Dalhousie is not just a walker’s paradise but is also a treasure trove of ancient cultural heritage of the Himalayan region. The various groups of tribes starting from the ancient Gaddhis that lives at the Bharmour region, the pretty Pangwals and Bhots that inhabit Pangi valley, the rugged Gujjars of upper hills and the local Dhogrias that flock Lakarmandi, add character to this region. Their rich culture reflects in their colorful artefacts and handicrafts that are widely available in the local markets.

The city has many shops with excellent choice of souvenirs and handicrafts to take back home. A charming destination with its invigorating weather and exhilarating surroundings that retain the purity of nature, Dalhousie is sure to steal your heart. A Himachal holiday itinerary can also include Khajjiar, Dharamshala and Mcleodganj. Dalhousie to Khajjiar distance is only about 20 Kilometers. Plenty of stay options including camping, hotels and resorts are available here for every budget. 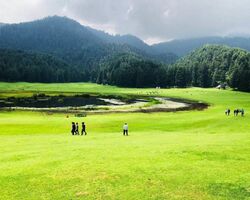 Enjoy a 3-day tour to Dalhousie, a destination abundant with beautiful landscapes, famously known for its... 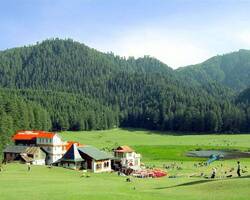 A private tour to the popular hill station, Dalhousie. Established as a summer retreat, the town is built on and...

Top 10 Places to Visit in Dalhousie The Mall Road in Dalhousie is also known as Walkers paradise and true to its name, has a bunch of malls (level walks) around the city that were...

Read more
Places to Visit near The Mall Road - Dalhousie Located conveniently near Gandhi chowk in a peaceful and beautiful setup, St. John's Church is the oldest church in Dalhousie. Reminding us of... Subhash Baoli is a refreshing spring that is found at the end of a light walk into the forests, this is believed to have housed Subash Chandra...

The Bakrota mall, a 3km plain walk that stretches from Tagore Chowk around Bakrota hill is another popular walking trail in Dalhousie. It is all...

Satdhara is on the way to Panch Pulla from Dalhousie, we come across this arresting group of seven springs with sparkling water gurgling on its... A scenic spot at the fringes of Panch Pulla or Five bridges is a thriving little setup in the lap of Mother Nature. Whispering woods entwined in... The Kalatop Wildlife Sanctuary or Kalatop Khajjiar Sanctuary, a magical setting high in the hills. This small conurbation is only reachable by... Kalatop wild life reserve stretches between Dalhousie and Chamba sweeping across Lakarmandi, Kalatop, Dainkund and Khajjiar on the way. Ascending... Dainkund is 2755m above sea level, this is the highest peak in Dalhousie. A gentle uphill trek from Kalatop rest house takes you to the top of... Chamera Dam is located at a short distance out of town. This lake provides most of the electricity for the area. It’s an ongoing project. The... Khajjiar Lake is located in between Chamba and Dalhousie in Himachal Pradesh. Situated 1,920 m above sea level, the lake is surrounded by lush... 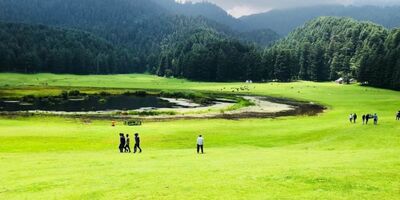 Enjoy a 3-day tour to Dalhousie, a destination abundant with beautiful landscapes, famously known for its mesmerizing natural beauty and its old-world charm. Highlights Spend your time exploring the places around Dalhousie like Sui Mata Temple, Chamera dam, Panchpula, Dainkund peak and... 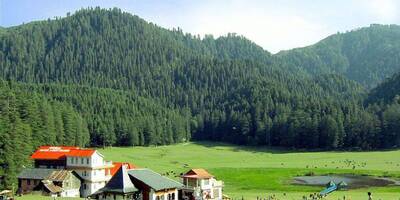 A private tour to the popular hill station, Dalhousie. Established as a summer retreat, the town is built on and around five hills, Kathalagh, Potreyn, Terah, Bakrota and Bhangora.  Highlights Explore the scenic beauty of Khajjiar. Visit the temples in around Dalhousie. Also, take a tour...

Other travellers left Dalhousie reviews and tips for you